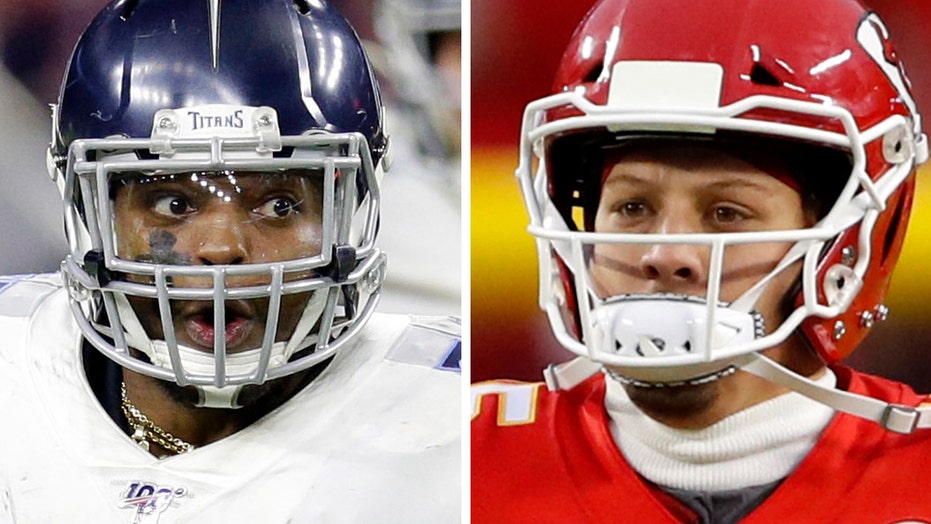 The Kansas City Chiefs and the Tennessee Titans are set to face off in the AFC Championship game on Sunday, Jan. 19, with the Chiefs trying to get past the title-game hurdle and the Titans trying to get back to the Super Bowl for the first time since the 1999 season.

The Chiefs defeated the Houston Texans on Sunday, 51-31, to reach the conference championship game. The Titans upset the Baltimore Ravens on Saturday, 28-12, to reach the title game.

Here are some things to know before next Sunday’s game.

The Chiefs clawed their way back in the AFC Championship last season against the New England Patriots last season and at one point were winning by four points. The game went into overtime and the Patriots scored a touchdown, won the game and went on to win the Super Bowl.

Kansas City has been a different team this season. Patrick Mahomes didn’t throw 50 touchdown passes but showed in the AFC Divisional Round game that he’s still as dangerous as ever. Mahomes vowed to get back to this point after last year and did just that.

The Titans have returned the AFC Championship game for the first time since the 2002 season. The Titans lost to the Oakland Raiders that year with quarterback Steve McNair and running back Eddie George leading the team.

This has been a much different Titans team than it was nearly 20 years ago. Derrick Henry has controlled the ground game no matter which team the Titans have faced. His dominance has been pivotal in Tennessee’s run through the playoffs so far.

Coach Mike Vrabel likely will be key in calming the nerves of his players. He’s been to the AFC Championship before as a player and would know the environment to expect.

The two teams met in the playoffs during the 2017 season. Tennessee got the better of Kansas City with a 22-21 win. In that game, the Chiefs were up 21-3 at halftime before the Tennessee defense tightened up and scored 19 unanswered points behind Henry and Marcus Mariota.

Mariota famously threw a touchdown pass to himself to cut the Chiefs’ lead in the third quarter. Tennessee advanced to the divisional round and lost to the Patriots.

That game likely will be on everyone’s highlight reel in the days leading up to the kickoff.

2). PATRICK MAHOMES BACK IN THE FOLD

Mahomes scrambling during the first half of the playoff game against the Texans. (AP Photo/Ed Zurga)

Patrick Mahomes is only 24 years old and in his third season with the Chiefs, and he’s entering his second AFC Championship game. He’s getting another solid shot at making the Super Bowl after putting together another great year as the team’s starting quarterback.

In 2019, Mahomes had 4,031 passing yards and 26 touchdown passes. The storyline around him will be the potential start of a brilliant legacy should he and the Chiefs beat the Titans and make it to the big game.

Tennessee Titans running back Derrick Henry (22) running against the Baltimore Ravens during the first half of Saturday's game. (AP Photo/Julio Cortez)

The AFC Championship game will be played at Arrowhead Stadium in Kansas City, Mo. The game will start at 3:05 p.m. ET and will air on CBS.