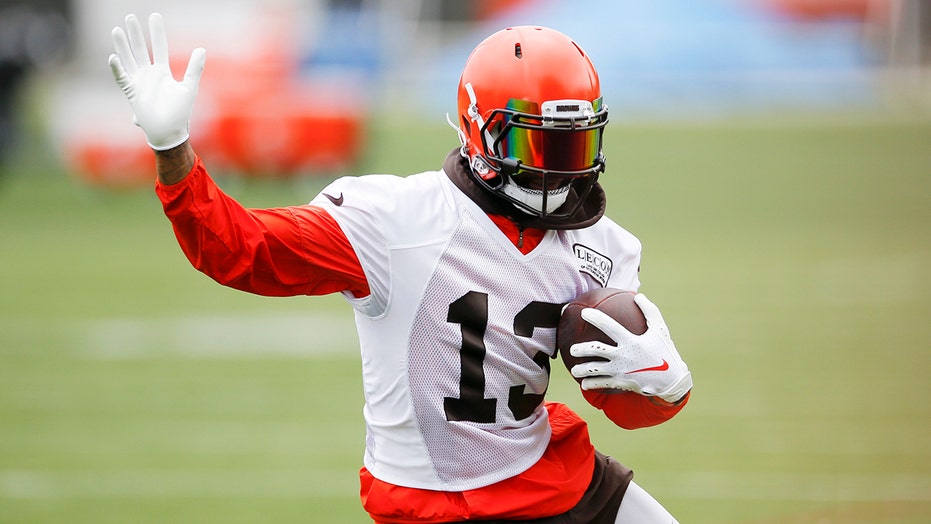 Beckham posted on is Instagram Stories he’s “going away” until July 1 for training. According to the Cleveland Plain-Dealer, he also posted it as a photo but later deleted it.

Beckham made his first appearance in the orange and brown earlier this month at the team’s mandatory minicamp. He was with the New York Giants from 2014 to 2018 and was traded to Cleveland in March.

He admitted that he was still getting up to speed with the Browns.

“I’m still getting there,” Beckham told reporters, according to the Plain-Dealer. “You know, I feel good just to be back out here. It’s what you dreamed all your life in a new place, new environment, so just catching on, catching up with teammates and make sure I get back to where I know I can be at.”

Beckham plans to train with Baker Mayfield, Jarvis Landry and Antonio Callaway among others in Los Angeles in the weeks leading up to training camp.

Browns camp will begin around July 25.