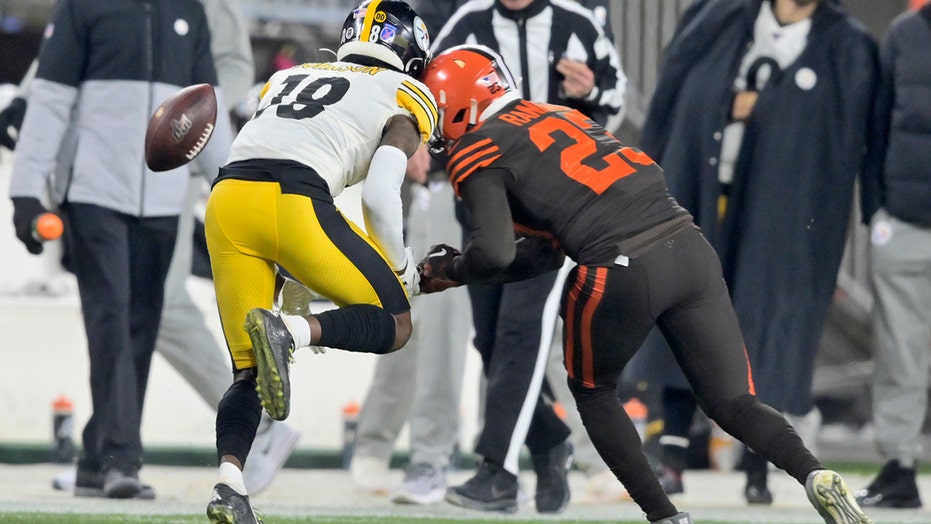 Cleveland Browns defensive back Damarious Randall connected with Pittsburgh Steelers wide receiver Diontae Johnson on a helmet-to-helmet hit last week and he said it has resulted in death threats.

Randall was ejected from the game after the hit, which left Johnson bloodied with a concussion and was overshadowed by the melee that occurred in the fourth quarter of the teams’ matchup. He told the Cleveland Plain-Dealer Wednesday that since the collision he’s received death threats.

“How is it, from the standpoint, after the hit ... I get so many death threats, so many people calling me names, people saying, ‘Oh, I hope you get hurt, I’m going to kill you, this and that,’” Randall said. “And it’s OK for fans to do it to us but then when we say something back, it’s a problem, we get in trouble. I just never understood that.”

Randall said it didn’t matter whether he was taking some of the brunt from Steelers fans who were mad over the brawl between Myles Garrett and Mason Rudolph. He said he shouldn’t have to watch his back because fans are “talking crazy.”

Pittsburgh Steelers wide receiver Diontae Johnson (18) carted back to the locker room after getting hit by Cleveland Browns strong safety Damarious Randall during the second half of an NFL football game, Thursday, Nov. 14, 2019, in Cleveland. Randall was ejected from the game. (AP)

“It's just funny to me how they blurt out and just say crazy, off the wall stuff, but just like the situation with one of my former teammates [Jermaine Whitehead],” he told the paper. “He lost his job behind something like that, but it's OK for them to openly say stuff like that. I find that so crazy to me.”

Randall said he was rattled by seeing Johnson down on the field and said he apologized to the wide receiver via Instagram.