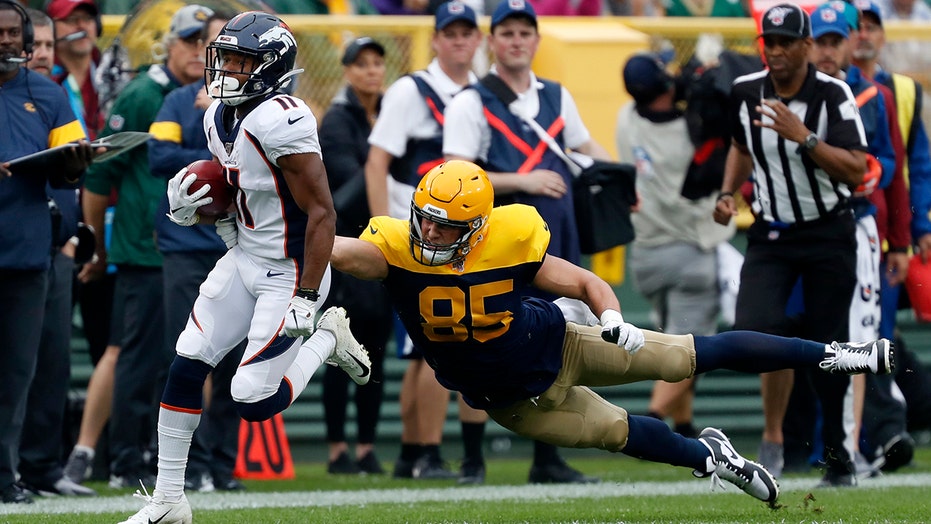 Denver Broncos returner Diontae Spencer attempted to hype himself on social media Tuesday after his speed was revealed during a kickoff return against the Green Bay Packers.

Sanders apparently ran more than 20 mph during a 60-yard kick return. To hype himself up, Sanders attempted to tweet “GOD SPEED” with the picture of his quickness. However, he used a lightning bolt emoji for an “s” and the tweet came out as “GOD PEED” instead.

The McNeese State product was quickly at the receiving end of some jokes after the tweet.

Spencer kept the tweet on social media. Whether he knows he was the butt of several jokes is unclear.

The Broncos acquired Spencer in the offseason after he spent four seasons in the Canadian Football League. He had previously made an appearance with the Pittsburgh Steelers last summer.

Spencer told ESPN earlier this month he was “blessed” to be with the Broncos.

“It's a big opportunity, I'm just blessed to be here,” he said. “This is my first time in Denver. I'm just ready to get here, work, get to know everybody, my teammates, coaches and just play football.”