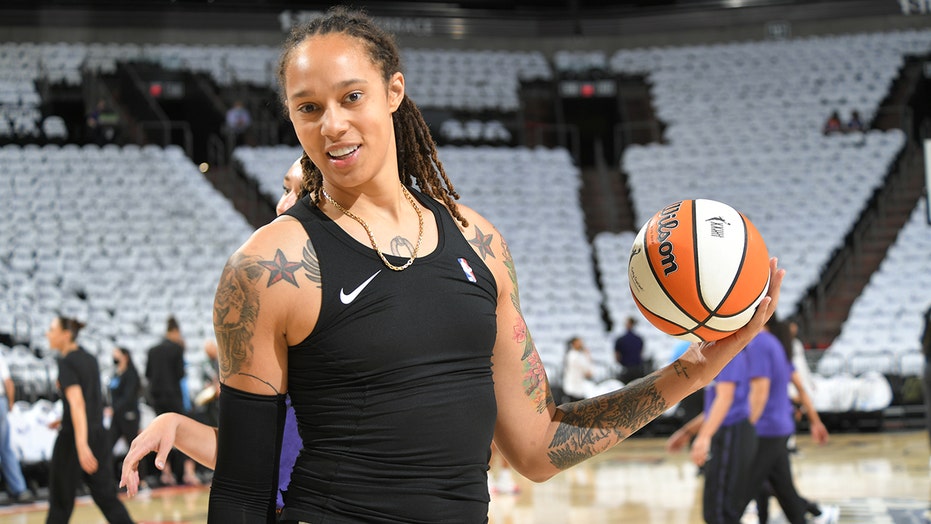 Britney Griner has been held in Russia for more than a month over allegations she was carrying vape cartridges containing oils derived from cannabis through a Moscow airport in February.

Evelyn Farkas, the former deputy assistant secretary of defense, told NBC’s "TODAY" on Thursday it is unclear whether the WNBA star actually had those items on her when she was traveling back to Russia.

Brittney Griner shoots during a preliminary round women's basketball game against Nigeria at the 2020 Summer Olympics, on July 27, 2021, in Saitama, Japan.  (AP Photo/Eric Gay, File)

"We don’t know whether she brought these hash vaping items into Russia or not. The Russians are notorious for planting drugs and other things on Americans," Farkas said.

U.S. State Department spokesperson Ned Price said on CNN on Wednesday that an official from the U.S. Embassy was able to see the Phoenix Mercury center recently and she was said to be "in good condition." The Russian government allowed the U.S. to give consular access to Griner weeks after her arrest was reported.

Brittney Griner #42 of the Phoenix Mercury warms up before the game against the Chicago Sky during Game One of the 2021 WNBA Finals on Oct. 10, 2021 at Footprint in Phoenix, Arizona. (Michael Gonzales/NBAE via Getty Images)

"Russia has a horrendous human rights record and they’re in a position to release a lot of people being held against their will, not just those three Americans," Farkas said on "TODAY."

Griner could face up to 10 years in a Russian prison if convicted.

Russian law expert Peter Maggs of the University of Illinois College of Law predicted that her pending legal case could result in possible time spent at a labor camp, or a complete dismissal and exportation from the country.

Brittney Griner during the Women's Semifinal Basketball game between the U.S. and Serbia at the Tokyo 2020 Olympic Games on Aug. 6, 2021 in Saitama, Japan. (Jean Catuffe/Getty Images)

"You're talking about five years, not jail time, but a labor camp," he told the Associated Press. "One thing I find a little worrisome is this extension of her preliminary holding from two months to three months, because you have to go to a higher authority to get it lengthened."

Fox News' Lawrence Richard and the Associated Press contributed to this report.