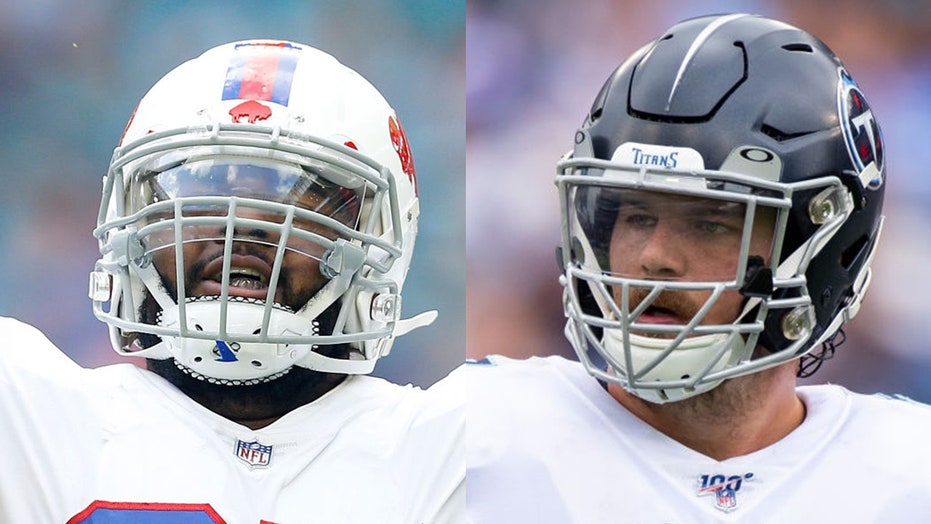 The initial bantering began when Lewan took a jab at Bills defensive lineman Shaq Lawson. Lewan screen-shotted Lawson’s stats from Sunday’s game, which showed the defender’s stats for the season.

“Shout out to @Shaq_Lawson90 and his dominant stats #1stroundbackup  you’re a monster hahaha,” Lewan tweeted. “You wanna use my name to get clout stud there you go! Enjoy.”

According to ESPN, Lewan’s tweet was inspired by Lawson calling the three-time Pro Bowler a “fake tough guy.”

Phillips, who had a career-high three sacks in the 14-7 win, went after Lewan on Twitter, even taking a jab at the offensive lineman for his suspension to start the season.

“Go get drug tested again bum your soft cry baby I’m surprised you even finished the game better,” Phillips tweeted. “Man didn’t say one word during the game because he was getting tore up now he wants to take it to social media your a joke always been a joke.”

He added two more tweets, including one which appeared to show Lewan face down on the field. According to ESPN, The picture was from a 2018 game between the Miami Dolphins in which Lewan was hit by Andre Branch. Phillips was a member of the Dolphins at that time and was penalized during the incident for unsportsmanlike conduct.

While Lewan didn’t respond to Phillips directly, he did lament going “toe-to-toe” with Bills fans.

The Bills and Titans do not play each other again this season.