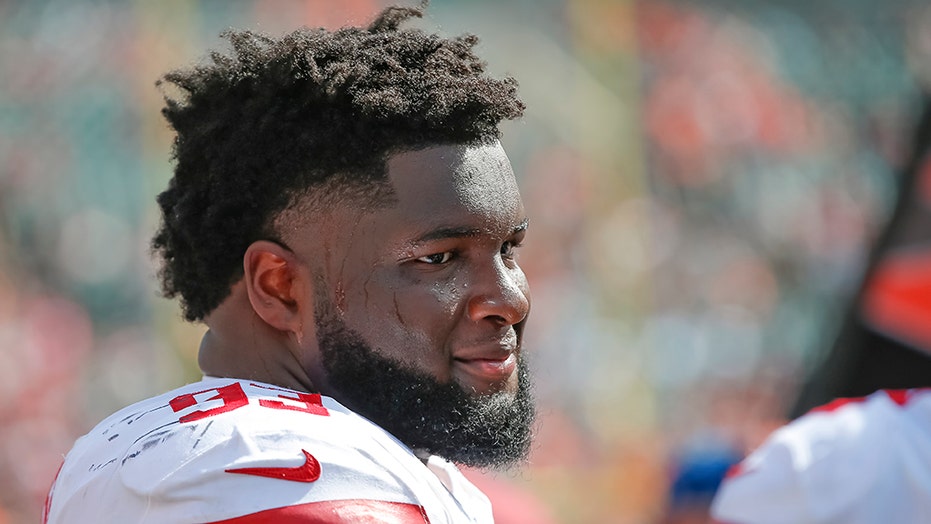 San Francisco 49ers defensive lineman D.J. Jones had only one request when his team took on the Cleveland Browns in a pivotal Monday night matchup.

Jones, 24, got on one knee and asked his girlfriend Kayla Fannin to marry him while he was on the sidelines of Levi’s Stadium ahead of the game.

Video showed Jones pointing out something to Fannin to distract her. While she turned from Jones, he got on one knee and popped the question. Friends and family were seen cheering next to them.

Jones and Fannin, the 23-year-old owner of the boutique fashion shop Closet 38, have been dating for more than a year and she’s frequently posting photos on her Instagram rooting on the Niners in San Francisco.

Jones is in his third season with the 49ers. San Francisco selected Jones in the sixth round of the 2017 draft out of Ole Miss.

Jones has started in all of the 49ers’ four games this season after only starting in four games all of last season. He has recorded four total tackles in 2019 – about a quarter from his 2018 totals.

San Francisco defeated Cleveland and moved to 4-0 on the season.