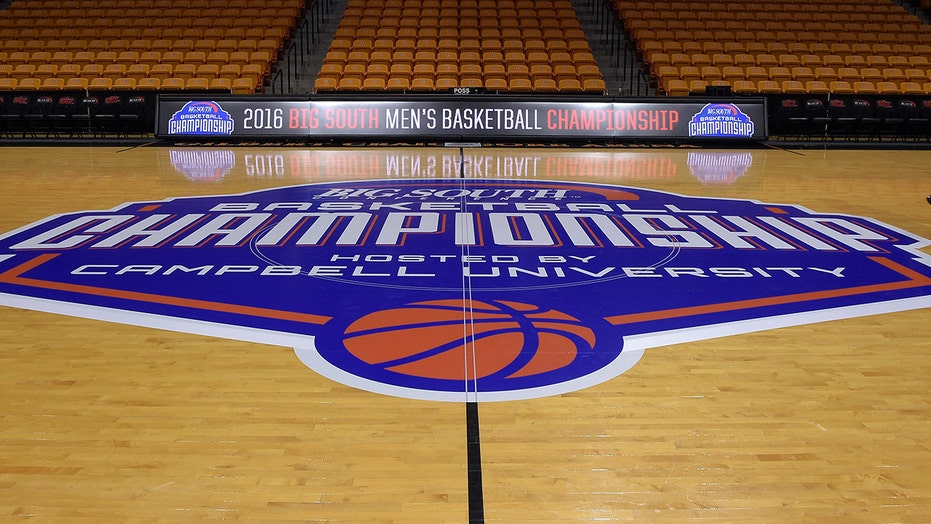 The Big South Conference holds an annual men’s basketball competition where the winner of the championship game gets an automatic bid to the NCAA Men’s Basketball Tournament.

Here's a look at past champions:

Winthrop's chance of making the tournament was stripped last season but the Eagles followed up with a Big South title in 2021. They defeated Campbell, 80-53, in the final.

Winthrop defeated Hampton, 76-68, to win its first conference tournament since 2017.

Radford came away with the Big South title in 2018. (Photo by Lance King/Getty Images)

Radford defeated Liberty University, 55-52, in 2018 to win an automatic bid to the NCAA Tournament, where they eventually made it to the First Four before losing to Villanova in the first round.

Liberty beat four-time champions Charleston Southern University, 87-76, to earn their spot in the NCAA Tournament, making them only the second 20-loss team to ever qualify.

Winthrop, led by Mantoris Robinson, went on to win the Big South Tournament over Coastal Carolina, 64-53. Robinson was named MVP.

Radford scored 108 points against Virginia Military Institute, the highest points ever earned in the history of the Big South Tournament Final, to win their second championship title. Artsiom Parakhouski was named MVP.

Winthrop’s Craig Bradshaw led the Eagles to their third straight title over Virginia Military Institute. He was named the tournament’s MVP.

Torrell Martin was named MVP for the second year in a row after Winthrop defeated Coastal Carolina by just one point in the 2006 final.

Despite losing 89-44 to Liberty in the championship game, High Point University’s Danny Gatherings was named MVP.

Winthrop won big over High Point in their first final appearance, earning their fourth consecutive championship title in a 70-48 game.

Radford’s Andrey Savtchenko was named tournament MVP despite his team losing, 67-65, to Winthrop.

MVP Henson Groves led the Winthrop Eagles to a 86-74 win over Radford.

The University of North Carolina at Greensboro defeated Liberty, 79-53, to win their first and only championship title. Scott Hartzell was named tournament MVP.

Charleston Southern defeated UNC Greensboro by just one point to win the championship game in 1995. Eric Burks was named MVP.

UNC Asheville’s Milton Moore led the Bulldogs to a 93-78 victory over Campbell.

Charleston Southern beat Campbell by just one point to win its second-consecutive title. Ben Hinson was also named MVP for the second year in a row.