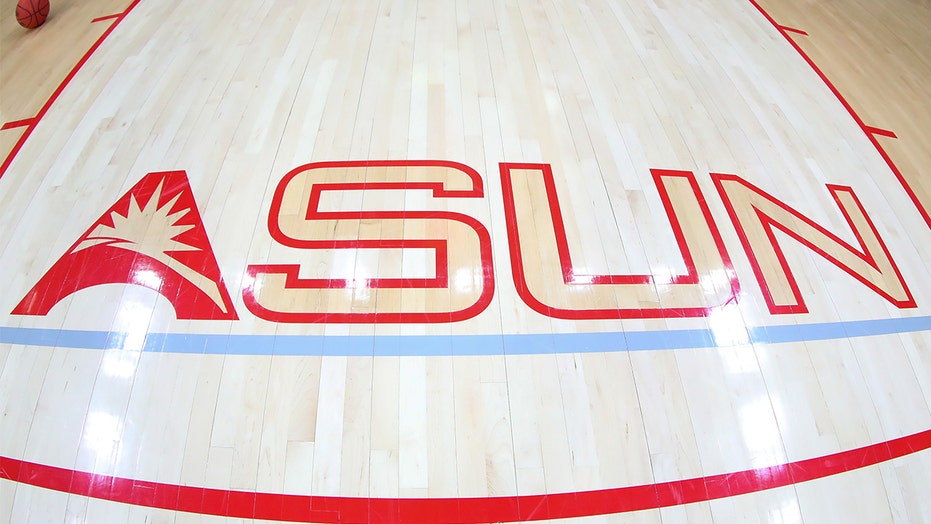 The Atlantic Sun Conference, also known as the ASUN Conference, holds an annual men’s basketball tournament with the winner getting an automatic bid to the NCAA Men’s Basketball Tournament.

The ASUN Conference tournament begins March 3 and continues on March 5 and 8. The championship will begin March 8. The 2020 championship is the conference’s 41st.

The conference was initially called the Trans America Athletic Conference from 1978 to 2001.

Here are the past winners of the ASUN Championship.

Lipscomb defeated Florida Gulf Coast, 108-96, in the highest-scoring championship game in conference history. Lipscomb’s Garrison Matthews was named the MVP of the tournament.

Florida Gulf Coast got back to the NCAA Tournament in 2016. (Photo by Streeter Lecka/Getty Images)

Florida Gulf Coast won their first title since 2013. They defeated Stetson 80-78 in overtime to advance to the NCAA Tournament. Marc-Eddy Norelia was named MVP.

Mercer won their first conference title since 1985. The Bears got revenge on Florida Gulf Coast, 68-60, to win the conference. Langston Hall was named MVP.

Belmont had an easy final against North Florida in 2011. The Bruins won the game, 87-46. Mick Hedgepeth was named the MVP.

East Tennessee State defeated Mercer, 72-66. Micah Williams was named MVP. It was the second straight ASUN title for the Buccaneers.

Belmont won again in 2007. They defeated East Tennessee State, 94-67, to advance to the NCAA Tournament. Justin Hare was the MVP of that tournament.

Belmont won the first of a three-peat in 2006. The Bruins beat Jacksonville, 79-61. Shane Dansby was the MVP.

In the following season, the Knights defeated Gardner-Webb, 60-55. Gary Johnson was the MVP for Central Florida during that tournament.

Florida Atlantic won the first ASUN title. It was the first year after the name switch from the Trans American Atlantic Conference to the Atlantic Sun Conference. The Owls defeated Georgia State, 76-75. Thomas Terrell was named MVP.

College of Charleston went on a back-to-back run starting in 1997. They defeated Florida International, 83-73. Anthony Johnson was named MVP.

Central Florida won their second title in three years, defeating Mercer in the title game. The Knights won the game, 86-77. Harry Kennedy was named the MVP.

Central Florida made the NCAA Tournament with a conference title. The Knights defeated Stetson, 70-67. Victor Saxton won the MVP.

Georgia Southern nixed any chance of a Georgia State repeat in 1992. They won 95-82 in that game. Charlton Young was named MVP.

Georgia State captured its first conference title in 1991. The Panthers got the better of Little Rock, 80-60. Chris Collier was named MVP.

Little Rock went back-to-back in 1990 – again with a defeat of Centenary. The Trojans won 105-95 in that contest. Derrick Owens was named MVP.

Little Rock went on a bit of a run starting in 1989. They defeated Centenary again in the conference title game, 100-72. Jeff Cummings was named MVP.

Mercer joined Northeast Louisiana as the only two-time conference winners in 1985. Mercer defeated Little Rock, 105-96, in that game. It was the first time 100 or more points were scored in the conference title game. Sam Mitchell was named MVP of that tournament.

Houston Baptist finally broke through and won the Trans America Athletic Conference in 1984. They defeated Samford, 81-76. Craig Beard, of Samford, won the MVP. He was the first to win the award on the losing team.

Georgia Southern narrowly defeated Little Lock, 68-67, in 1983, to make the NCAA Tournament for the first time in school history. Jim Lampley was named MVP of that tournament.

Northeast Louisiana became the first two-time winner of the tournament. They defeated Centenary, 98-85. Donald Wilson was named the MVP.

Mercer picked up the win in 1981. The Bears defeated Houston Baptist, 72-67. Tony Gattis was named MVP of that tournament.