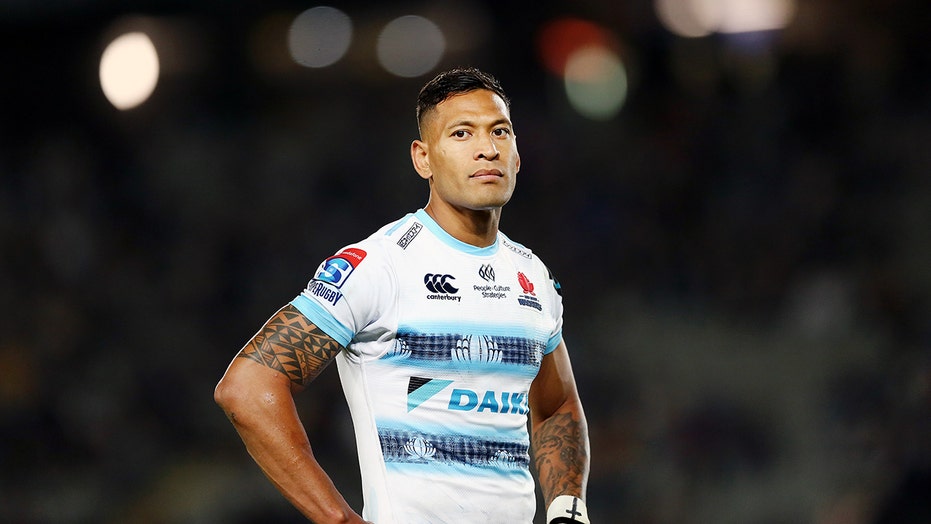 Folau surmised Sunday, as he was delivering a sermon at the Truth of Jesus Christ Church in Sydney, that “God is speaking” to Australians and that the laws must be reversed, according to Sky News.

“I'm doing this out of love, for people to be able to hear this message and hopefully receive it with open hearts, that they may come to know the truth of his word,” he said.

“I just want to see the events that have happened here in Australia in the last couple of years. God's word says for a man and a woman to be together, one man and one woman in the covenant of marriage to be together. Abortion; it's now OK to murder and kill unborn children and they deem that to be OK.”

Folau’s rugby career abruptly ended in May after he posted an image on social media, saying “Hell awaits you!” with a list of sinners, including “homosexuals, adulterers, liars.” He said these “sinners” must repent to Jesus to be saved.

A National Parks and Wildlife crew member fights flames at Half Chain road at Koorainghat, near Taree in New South Wales state Tuesday, Nov. 12, 2019. Hundreds of schools remained closed across Australia's most populous state on Tuesday, Nov. 12, and residents were urged to evacuate woodlands for the relative safety of city centers as authorities braced for extreme fire danger. (Darren Pateman/AAP Images via AP)

Fox News’ Lucia I. Suarez Sang and the AP contributed to this report.