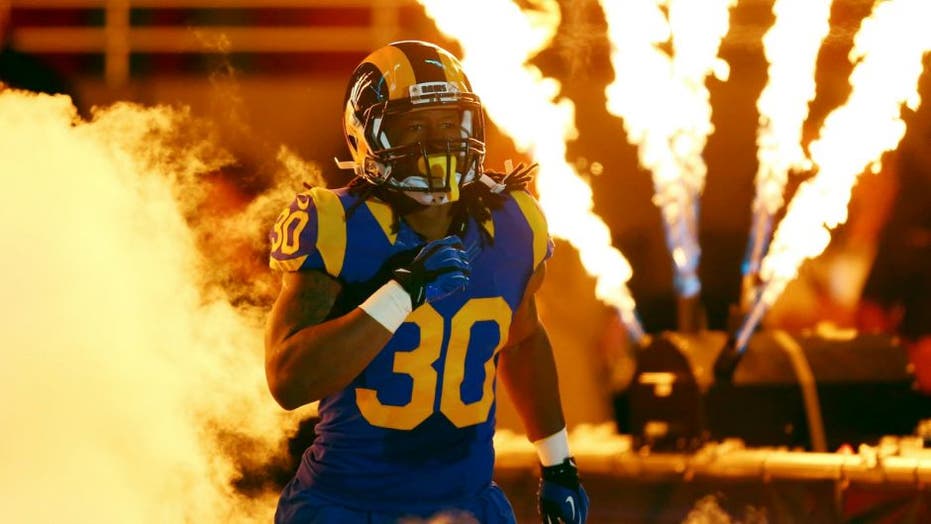 The Atlanta Falcons signed running back Todd Gurley to a contract Friday, less than 24 hours after he was released by the Los Angeles Rams.

The Rams selected Gurley with the No. 10 pick of the 2015 draft out of Georgia. He emerged as a top running back toward the middle of his tenure with the Rams.

He had a breakout season in 2017, becoming a Pro Bowler and a First-Team All-Pro selection for the first time in his career. He led the league in rushing touchdowns that season with 13, rushing for 1,305 yards.

He continued his tear through the NFL in 2018, when he led the league in rushing touchdowns with 17 and had 1,251 rushing yards, helping the Rams to a Super Bowl appearance, where they lost to the New England Patriots.

But concerns about arthritis in Gurley’s knee emerged in the 2018 NFC playoffs and continued through the 2019 season. He had his career lowest number of carries (223) and rushing yards (857), although he still managed 12 rushing touchdowns.

According to Over the Cap, Gurley signed his contract extension in July 2018 and would have been owed a roster bonus of $12.55 million on the third day of the league year in 2020. The new league year began Wednesday.

The Falcons backfield looks like it will be somewhat crowded next year, already containing Brian Hill, Qadree Ollison, Craig Reynolds and Ito Smith. Atlanta released Devonta Freeman before the start of free agency.