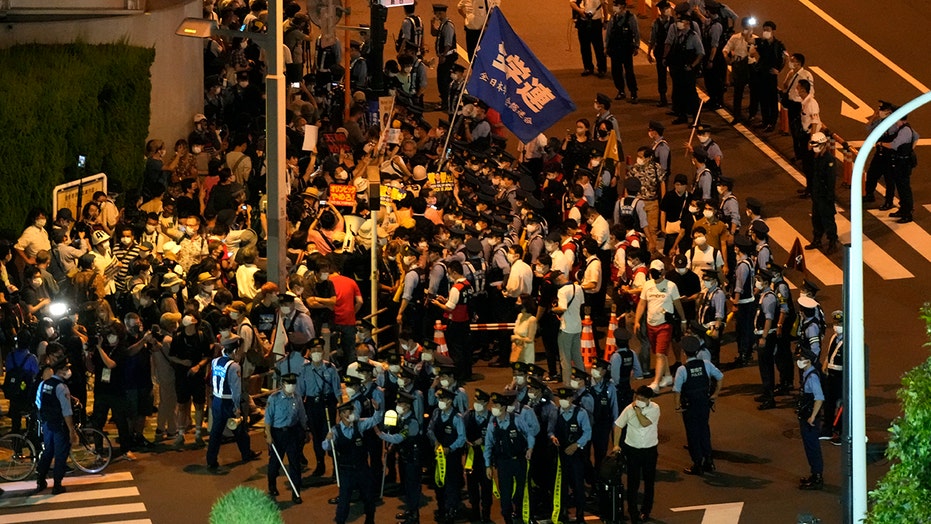 While the Tokyo Games begin inside National Stadium, the lack of raucous fans in the building had some fans watching the opening ceremonies hearing the protests on the streets.

About 50 protesters gathered to demand the cancelation of the Olympics over the ongoing coronavirus pandemic. The protesters initially gathered outside the Tokyo Metropolitan Government building, chanting "no to the Olympics" and "save people’s lives." Some were holding signs that read "cancel the Olympics."

As the ceremonies took place, many on social media noted the presence of the protesters outside the stadium.

The handling of the Olympics had been under scrutiny because of the ongoing pandemic. Japan saw an uptick in reported cases in May and then again in July as the Olympics crept closer.

Asahi Shimbun, one of Japan’s major newspapers, called for the Olympics to be canceled in May because of the rise in COVID cases across the country. Asahi is a sponsor of the Olympics and often opposes the government led by Prime Minister Yoshihide Suga.

"We cannot think it’s rational to host the Olympics in the city this summer," the paper wrote in an editorial published Wednesday. "We Demand PM Suga Decide Cancellation."

"Distrust and backlash against the reckless national government, Tokyo government and stakeholders in the Olympics are nothing but escalating. We demand Prime Minister Suga to calmly evaluate the circumstances and decide the cancellation of the summer event."

Organizers didn’t rule out a last-second canceling of the Games, but officials have vowed to host a safe Olympics amid the pandemic.