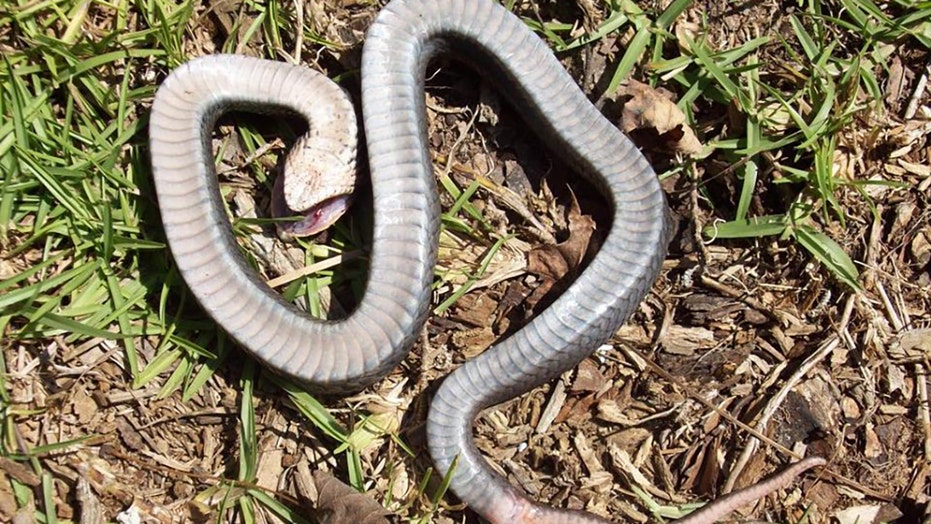 A snake that plays possum?

The eastern hognose snake is famous for flipping over on its back and playing dead, the North Carolina State Parks and Recreation said.

SNAKE STRUGGLES TO SWALLOW CATFISH WHOLE, GRAPHIC IMAGES SHOW: 'NOT SOMETHING YOU SEE EVERY DAY'

Officials recently posted photos of the seemingly lifeless reptiles – but the “zombie” snakes were far from dead.

When threatened, the non-venomous snake “will feign death by opening its mouth, rolling over on its back, and writhing around,” according to Amphibians and Reptiles of North Carolina. If it gets turned back on its belly, the snake will immediately roll over and play dead again.

The species will also spread its neck like a cobra and hiss, which has earned them the nicknames “puff adder” and “spreading adder,” the group said. While the snakes rarely bite, they repeatedly strike if under threat.

Another of its nicknames is the “blow viper.” A common myth about the hognose is that it can mix venom with its breath and kill a person from 25 feet away, according to the Florida Museum.

“In truth, its breath is harmless,” the museum said.

The hognose, which can grow up to about four feet in length, is found in the eastern part of the U.S., from Florida up to New England and portions of southern Canada, according to the Savannah River Ecology Laboratory at the University of Georgia.