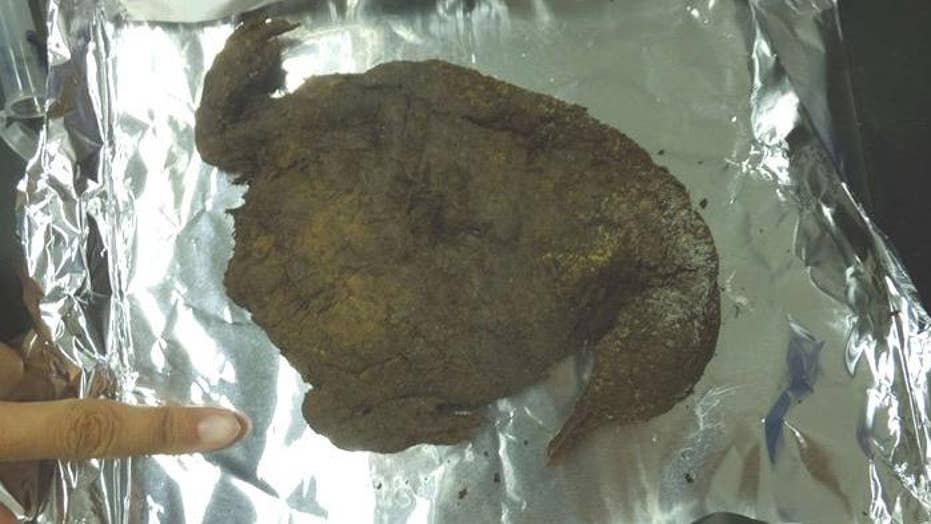 Experts have uncovered hundreds of mummified Adélie penguins dating back to as far as 750 years ago. They believe their death was caused by a two-decade long ‘extreme climatic’ anomaly.

Hundreds of mummified penguins in Antarctica have been found -- a sign that that the penguins died because of two extreme global warming events over the past 1,000 years, according to a new study.

The study, published in the Journal of Geophysical Research, details that one extraordinarily snowy and one extremely rainy event caused larger-than-normal levels of precipitation, ultimately leading to the penguins' downfall.

"Based upon chronological and sedimentary evidence, we propose that the two events were caused by heavy regional precipitation which led to the abandonment of numerous penguin sub‐colonies," the study's abstract reads. "The anomalous precipitation was likely associated with the intensification of regional meridional air transport under a zonal wave number 3 pattern."

The abstract added that since these types of "atmospheric conditions correspond to present‐day observations, and are expected to persist if climate change continues, the mortality events revealed in this study could become an increasing threat to penguins."

Adélie penguins are native to Antarctica and there are approximately 4.7 million of them currently, according to the International Union for Conservation of Nature and Natural Resources, which lists them under the heading of "least concern" of being at risk for extinction.

Speaking with LiveScience, the study's lead author Liguang Sun, said that it is "quite likely that global climate warming caused enhanced precipitation," adding that the mass penguin grave is rare to find, "especially mummified chicks."

The penguins were found in East Antarctica's Long Penninsula in 2016.

The study notes that the penguins died in two different periods, over several decades, dating approximately 750 and 200 years ago. Radiocarbon dating was used to indicate the "two multi‐decadal mass mortality events," the abstract said.

The researchers looked at the sediment around the mummies, as well as nesting materials and excrement, LiveScience added. They also looked at evidence of floods from the rise in precipitation, which caused the bodies of the mummified penguins to be carried away from their original locations.

Sun added that we could see more events such as these take place in the future, as climate change is expected to worsen.

"Generally, it is believed that the current global warming trend will continue or even worsen," Sun said. He added that this would cause more precipitation in Antarctica, which would likely "increase the chance of such massive death" among penguins.

According to NASA, global temperatures have risen 1.8 degrees since 1880, sea levels rose 3.2 millimeters per year and the amount of ice in the Arctic has shrunk by 13.2 percent per decade.