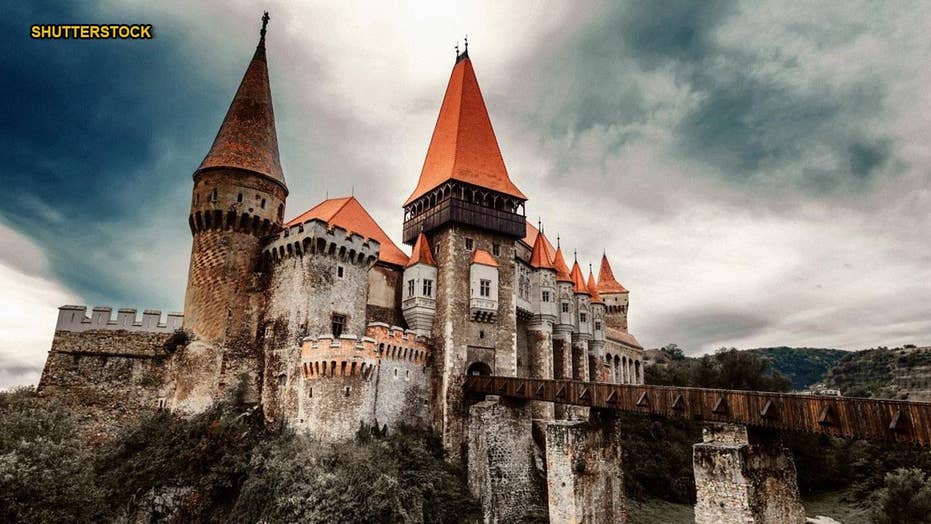 What lies beneath castle that imprisoned 'Dracula'?

New research using ground-penetrating radar, is revealing what's going on below a historic Transylvanian castle that may have once imprisoned Vlad the Impaler, likely inspiration for Bram Stoker's Dracula, and still stands today.

WASHINGTON — A historic Transylvanian castle that may have once imprisoned Vlad the Impaler — likely inspiration for Bram Stoker's Dracula — still stands today. But what lies beneath it?

Because of centuries of rebuilding and additions, archaeologists weren't sure where the castle's original foundation lay. [24 Amazing Archaeological Discoveries]

However, new research using radar scans of the ground beneath the structure is revealing what's going on below the building's imposing facade. The findings were presented on Wednesday (Dec. 12) here at the annual meeting of the American Geophysical Union.

Castelul Corvinilor — also known as Corvin Castle, Hunedoara Castle or Hunyadi Castle — began as a fortress built in central Transylvania (now Romania). The structure's oldest stone fortifications date to the 14th century, and its transformation from fortress into a castle was well underway by the 15th century, according to lead researcher Isabel Morris, a doctoral candidate with the Department of Civil and Environmental Engineering at Princeton University in New Jersey.

In the 15th century, the bloodthirsty despot Vlad III, prince of Wallachia, aka Vlad the Impaler, was purportedly imprisoned in Castle Corvin by Hungarian Gov. John Hunyadi (Ioan de Hunedoara), who oversaw the castle's first expansion, according to the Romanian tourism website Rolandia. Two more expansions to the castle, in the 17th and 19th centuries, followed Hunyadi's efforts. Consequently, the building is a hodgepodge of construction from different periods, Morris said. It has also been the subject of numerous excavations; however, maps of the site are inconsistent, and much of the archaeological record is missing, presenting challenges to scientists exploring the castle today, Morris explained. For this reason, she and her colleagues chose ground-penetrating radar (GPR) to conduct their surveys.

"In order to do a good job with our reconstruction, we need to know where all these pieces are," she told Live Science. The scans helped the researchers identify an administrative complex built during the 17th century, Morris said.

The radar also revealed places where parts of the castle were held up by bedrock and supported by built-up, human-made structures.

"That's important moving forward for conserving this exciting historic site," Morris said. Already-reconstructed rooms in the castle's depths include a torture chamber — with a model of an unfortunate victim bound and hung from the ceiling — but it is unknown if the grim chamber ever housed the infamous Vlad the Impaler.