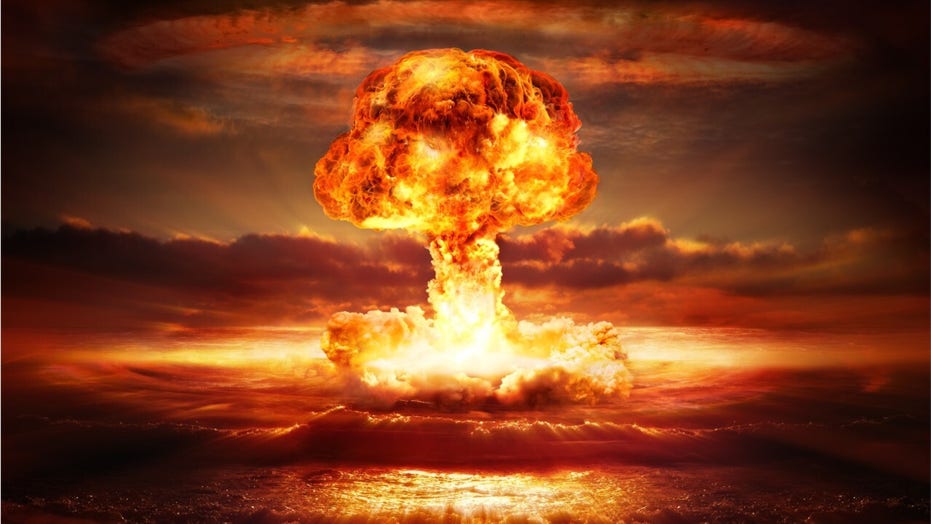 What happens in a nuclear apocalypse?

Nuclear war has been a threat since the creation of the atomic bomb. Learn more about what could happen during a nuclear apocalypse.

Since the creation of the atom bomb, the threat of nuclear war has loomed.

Endless films and books have dealt with the nuclear apocalypse and its aftermath, but what would a nuclear apocalypse really look like? Rutgers University Professor Alan Robock spoke with Fox News about the Armageddon and his team’s new study regarding a nuclear war’s effects on ocean life.

If you live in a major city when a nuke hits, needless to say, you’re in big trouble.

“A nuclear bomb is like bringing a piece of the sun to the surface of the earth for a fraction of a second, and everything within a certain distance would just flash into fire,” Robock said. “In Hiroshima, there was a bomb that was 15 kilotons of explosive power, and everything within several square miles just burned and produced smoke.”

The bomb that was used then was actually pretty tiny by today’s standards. Current American bombs can range from 50 to 1,200 kilotons, so the explosion would be that much bigger. And with the amount of fuel in cities, the fires produced would burn for a very long time.

According to Robock, “We’ve recently been studying forest fires, like the one in Australia that’s still ongoing. They’re observed to pump smoke into the stratosphere and then get heated from the sun and lasting for a long time, but [with] the smoke from fires in cities and industrial areas, there would be a lot more smoke [because] there are a lot more things to burn.”

THEN IT WOULD GET REALLY COLD

A nuclear war would start fires in cities and industrial areas and pump a lot of smoke into the stratosphere above where we live. In the upper atmosphere, there’s no weather or rain to wash it out, and the smoke enveloping the earth would last for years, sending temperatures plummeting.

“If the United States and Russia had a nuclear war today, there could be so much smoke that it would produce a nuclear winter,” Robock explained. “Temperatures would get below freezing in the summertime over land where we try to grow our food--we discovered that many years ago but our modern climate models still tell us that’s the answer, even after the nuclear arsenals in the U.S. and Russia had been reduced substantially in the 80s.”

There are more countries with nuclear weapons these days--nine total. The computer models used in Robock’s study calculated that a nuclear war between India and Pakistan, whose nukes are believed to be 40 kilotons and way less powerful than those of America or Russia, would cover the earth’s entire atmosphere with smoke that would last for years.

“The temperatures would be colder, there’d be less sunlight, less rain and there’d be excess UV radiation because the ozone would be destroyed,” Robock said.

Such a war between America and Russia would cause a nuclear winter lasting much, much longer.

FOOD WOULD RUN OUT QUICK

As every good survivalist knows, it’s a good idea to stock up on lots of canned goods in case of the nuclear apocalypse.

“Humans have to eat, and so the food supply in the world right now is about 60 days-worth,” Robock said. “You probably don’t have 60 days worth of food at your house, you probably go to the grocery store every week [unless] you’re a farmer. Once the stores ran out of food and the food that was stored disappeared, it’d be very hard to get food.”

'NUCLEAR WINTER' COMING? NUCLEAR WAR BETWEEN US AND RUSSIA WOULD CAUSE CATASTROPHIC EVENT, STUDY CONFIRMS

A nuclear winter would kill off a lot of crops, but how long would it take for agriculture to bounce back? According to Robock, it would depend on how much smoke went into the air and what time of year the nuclear strikes took place.

“It does get cold in the winter in the mid-latitudes, and plants have time to prepare for that and then grow again the spring,” he said. “If it were the spring that this happened where the plants were not prepared for the winter it might kill a bunch of plants, but seeds would be around, the roots would be around--I don’t think it’s possible to kill all life on earth.”

In other words, some crops may survive, but not enough to keep everyone fed, and many would starve in the years it would take to bounce back to normal.

Robock and his team have been doing research with climate model computer programs to calculate how the climate would respond to different amounts of smoke.

“Until now, nobody’s ever looked at what would happen to the oceans,” he said. “So if we can’t grow food, can we go fishing?”

The team’s most recent calculations have been done with a climate model at the National Center for Atmospheric Research that includes detailed calculations about the ocean, including ocean chemistry. They discovered that the ocean would get colder at a slower rate than the land. The colder temperatures would lead to lower levels of carbonate for about a decade, which could break down the shells of certain fish.

“It takes a while for the ocean to warm up and cool off,” Robock said. “So after a couple of years, it would get colder and it would absorb more carbon dioxide from the atmosphere, just like if you have coke-- it has more fizz when it’s colder than when it’s warmer. And this carbon dioxide would make the oceans more acidic and it would start to dissolve the shells of different shellfish and corals.”

This cooling and chemistry shift of the oceans would take a couple of years, and then last for a decade or so. It remains unknown if sea life could adapt.

“The smoke would last for more than five years,” Robock said. “And after 7 or 8 years it would start to clear out and then it would take a while for the ocean to warm up again.”

So with all of the food gone and the plants dead, we can all go fishing--at least for a while. See you at the fish fry.

The study can be found in the journal Geophysical Research Letters.