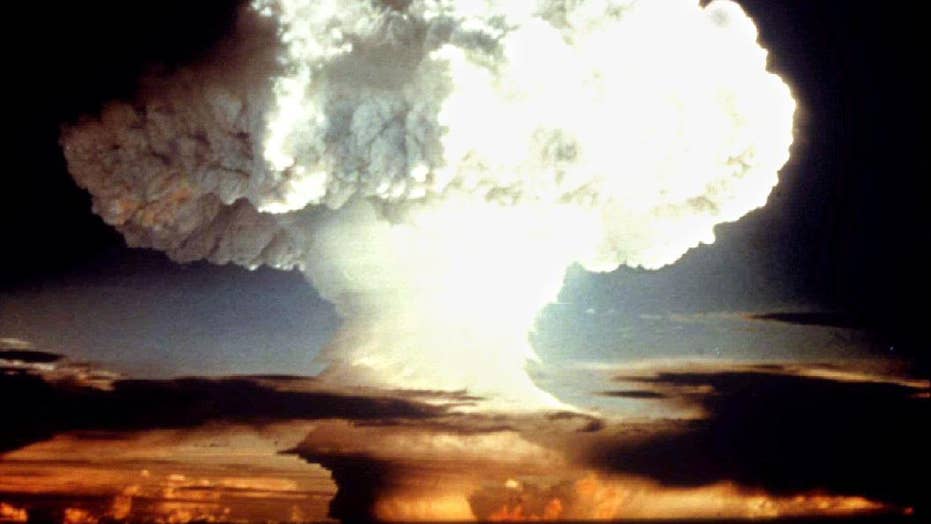 The Doomsday Clock moved to 100 seconds to midnight  – the closest symbolic point from an “apocalypse” since 1953.

The decision was made on Thursday by The Bulletin of Atomic Scientists, which announced it from the National Press Club in Washington, D.C., on Thursday.

"We argued that the global situation was abnormal," Rachel Bronson, president and CEO of the Bulletin of Atomic Scientists, said during the press conference of the decision to keep last year's Clock the same, but noted that nuclear and climate situations are "worsening."

WHAT IS THE DOOMSDAY CLOCK?

Astrophysicist Robert Rosner, who also sits on the Science and Security Board of the Bulletin of the Atomic Scientists, said "the fact that the clock is now a mere 100 seconds from midnight signals really bad news. What we said last year is now a disturbing reality in that things are not getting better."

Rosner added that a particular concern is the undermining of the public's ability to understand what's true from what's false. "Past experience has taught us that even in the most dismal periods of the Cold War, we can come together. It is high time we do so again."

Sharon Squassoni, Georgetown University professor and member of the Science and Security Board of the Bulletin of Atomic Scientists, noted how extreme the nuclear weapons situation has become. She cited the recent collapse of the Iran nuclear deal, the reemergence of North Korea's nuclear capabilities and the continued buildout of weapons from the U.S., Russia and China.

"In sum, the situation is extremely dangerous and demands an emergency response," Squassoni said.

Sivan Kartha, a senior scientist at the Stockholm Environment Institute, noted that time is running out for the planet to get to the emissions goals set at the 2015 Paris Climate Agreement. "Emissions need to head towards zero," Kartha said, adding, "there's no question this is an emergency."

The Clock, which warns of impending disasters and takes into account nuclear weapons, rising geopolitical tensions, as well as changes to the environment, was created in 1947 at the beginning of the arms race between the U.S. and the then-Soviet Union.

Since 2007, climate change has been a factor in the groups' decisions.

The clock remained at two minutes to midnight in 2019, though Bronson said the lack of change "should be taken not as a sign of stability but as a stark warning to leaders and citizens around the world."

The clock was farthest from midnight in 1991, when it was moved back to 17 minutes after the U.S. and Soviet Union signed the first Strategic Arms Reduction Treaty.

Although the picture is bleak, not all hope is lost, former United Nations Secretary-General Ban Ki-moon said, adding that multilateralism is the key to preventing a nuclear and climate crisis.

"We must act and work together," Ki-Moon said during the press conference. "Not a single country or person can do it alone. We need all hands on deck and we can all work together."