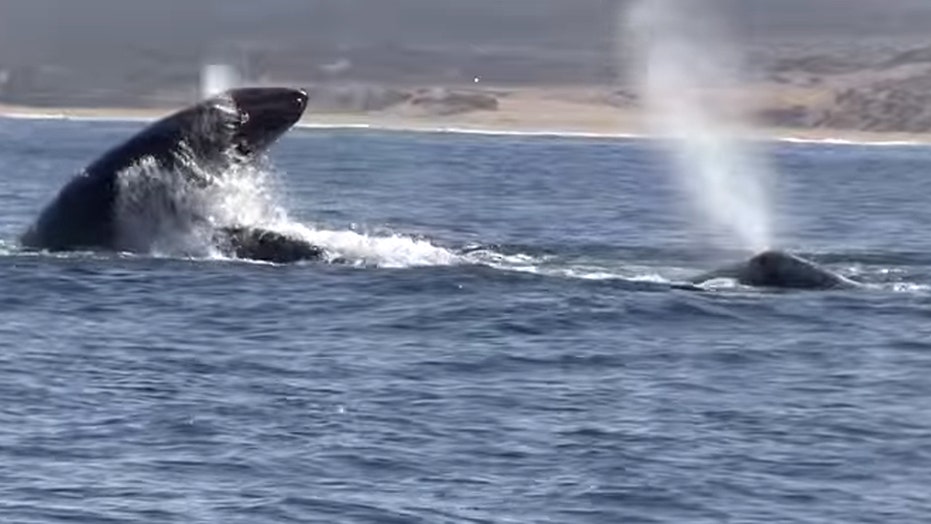 A dramatic and disturbing video released by Monterey Bay Whale Watch in California reveals a group of killer whales attacking a gray whale and her calf, reportedly resulting in the death of the baby.

A note accompanying the video, posted to YouTube, explains that the incident took place over the course of an hour and involved seven killer whales in Monterey Bay.

“The Killer Whales work as a team, as you can see in the video, and they take turns and work from above and below the surface to separate the mom and calf pair and exhaust the calf by holding it underwater and bashing it around,” the note explains.

This hunting style is unique to this type of transient killer whale on the west coast, according to the Monterey Bay Whale Watch, which also said on its website that they had seen multiple recent predation events of killer whales on grey whales.

“The Gray Whale mother was quite upset and did charge around the area and at the Killer Whales for several hours after the calf perished,” the whale watch company said in the note accompanying the video.

A male killer whale can grow to be up 32 feet long and weigh as much as 22,000 pounds, according to the National Oceanic and Atmospheric Administration (NOAA), while the females can be 28 feet long and 16,500 pounds. NOAA says that the killer whale diet depends on the type of killer whale and its habitat, and that it can include harbor seals, California sea lions, and gray whale calves.