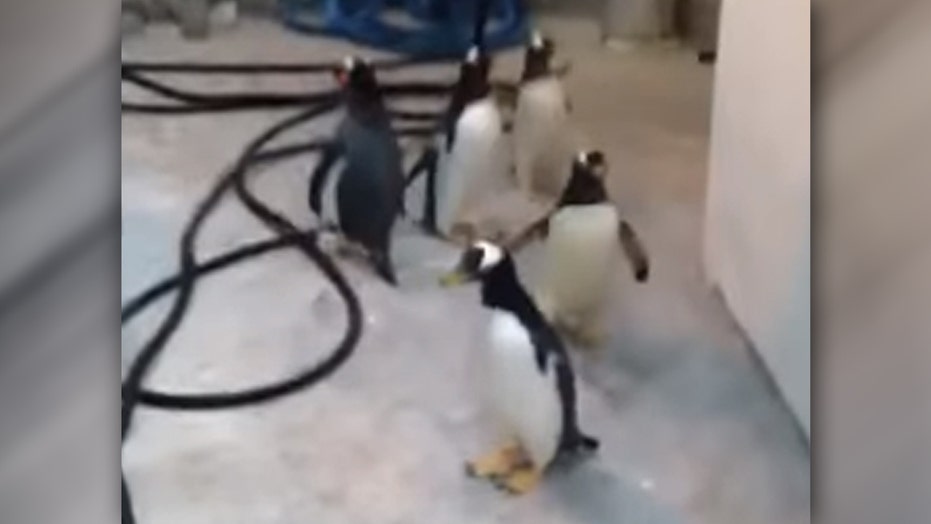 Five adorable escaped penguins tried and failed to execute a march of their own recently at the Odense Zoo in Denmark.

The arctic “jailbirds’” antics were caught on camera by the zookeeper, who first filmed footage of multiple pairs of wet footprints in a hallway. Eventually, the camera catches up to the Waddle of penguins, who continue their march until they are met with something off camera that causes them to turn around.

At the end, the penguins are seen heading back toward the place where their march presumably began.