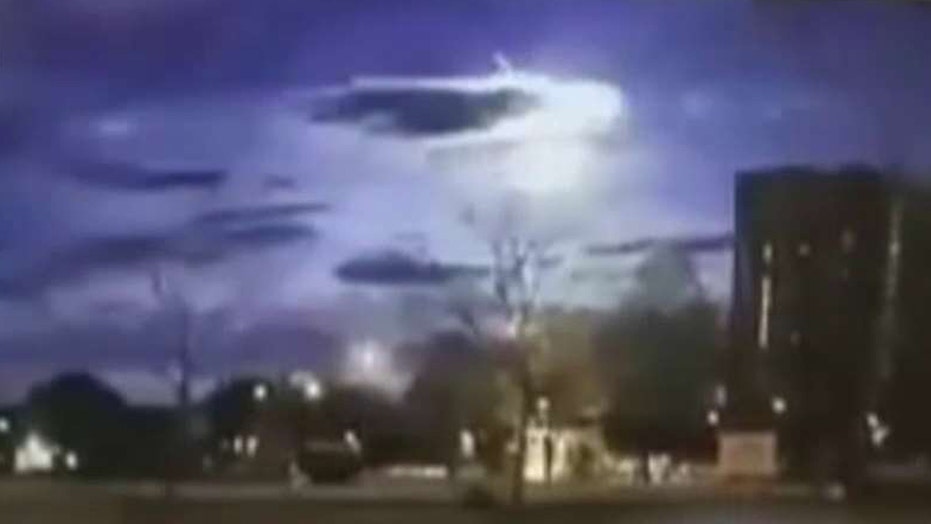 Fireball lights up the sky

In this eerie, short video shot by a dashboard camera in a Portland, Maine police cruiser, a huge fireball drops from the sky, giving officers on duty more than they bargained for while scoping for speeders.

“You never know what you are going to see on duty. Sgt. Farris was looking for speeders while parked in front of the central fire station and was able to observe some visitors "from away"....far away," explained the police department on its Facebook page. "The meteor (or alien spaceship) was caught on camera at approximately 0050 hours. Let's hope the visitors are friendly. They could just be some of Stephen King's friends on their way to visit him. Whom ever they are I'm sure we could win them over with a whoopie pie.”

Related: Fireball meteor exploded over the Atlantic earlier this month

Several fireballs in the sky have made recent headlines. On April 28,  a fireball was spotted in Southern California. Earlier in the year, a NASA scientist spied another fireball over the South Atlantic.

Officers did not disclose whether or not the Portland, Maine fireball source was ticketed for speeding.