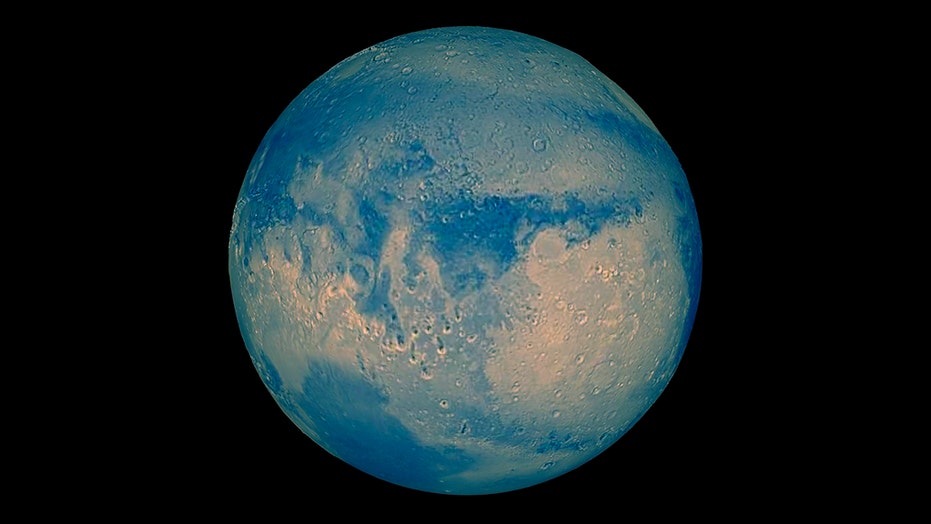 The meteorite, ALH 84001, was ejected from the surface of the red planet 15 million years ago, according to scientists. It was found in Antarctica in 1984.

The discovery was made by a team that included experts from the Earth-Life Science Institute (ELSI) at Tokyo Institute of Technology and the Institute of Space and Astronautical Science at Japan Aerospace Exploration Agency (JAXA).

Scientists say that the discovery of nitrogen molecules offers clues to what Mars was once like. Specifically that the presence of water on the planet may have once given it a significantly different appearance to the red planet we now know.

“Because carbonate minerals typically precipitate from the groundwater, this finding suggests a wet and organic-rich early Mars, which could have been habitable and favorable for life to start,” they explain in a statement. “Early Mars may have been more ‘Earth-like’, less oxidizing, wetter, and organic-rich. Perhaps it was ‘blue’.”

The research was published in the journal Nature Communications.

In the study, experts note that the current surface of the red planet is too harsh for most organics to survive, although organic compounds could likely be preserved in the near-surface of Mars for billions of years. “This seems to be the case for the nitrogen-bearing organic compounds the team found in the ALH84001 carbonates, which appear to have been trapped in the minerals 4 billion years ago and preserved for long periods before finally being delivered to Earth,” they explain in the statement.

There are a couple of theories on the origin of the nitrogen-containing organics.

“There are two main possibilities: either they came from outside Mars, or they formed on Mars,” said ELSI research scientist Atsuko Kobayashi in the statement. “Early in the Solar System’s history, Mars was likely showered with significant amounts of organic matter, for example from carbon-rich meteorites, comets and dust particles. Some of them may have dissolved in the brine and been trapped inside the carbonates.”

Another possibility is that chemical reactions on early Mars formed the nitrogen-bearing organics, according to JAXA research scientist Mizuho Koike, the research team leader. Either way, the researchers say, there was organic nitrogen on Mars before it became the red planet familiar to us today.

In a separate project, scientists have discovered the earliest evidence of a person being killed by a meteorite.

Schematic images of early (4 billion years ago) and present Mars. The ancient N-bearing organics were trapped and preserved in the carbonates over a long period of time. (Credit: Koike et al. [2020] Nature Communications)

Writing in the journal Meteoritics and Planetary Science, experts explain how they uncovered evidence of the incident, which occurred in Iraq in the late 19th century.

In 2017, a meteor made headlines when it flashed across the sky in Michigan. The blazing fireball sent meteorite hunters scrambling to find fragments of the rare space rock.