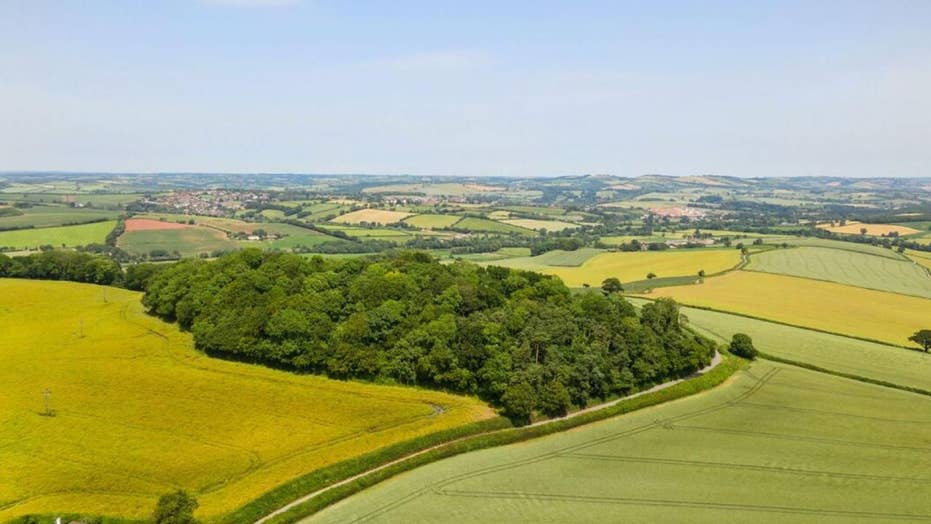 Buying a volcano may be easier and cheaper than you think.

If you've ever wanted to have your very own natural disaster, here's your chance.

The plot of land, now known as Posbury Clump, is located in the Devon countryside and has been designated as a Site of Special Scientific Interest, SWNS reports.

An extinct 250-million-year-old British volcano has been put up for sale - for just £50,000. The former lava-spilling site is now known as Posbury Clump and the new owners would enjoy stunning views from the historic hilltop site. (Credit: SWNS)

SUPERVOLCANO FEARS: 'BIG ONE' IS COMING

Approximately 100 years ago, part of the site was used as a rock quarry, producing basalt stone that was used in the Crediton Church, Medland Manor and a number of other buildings in Devon.

"The wooded canopy conceals the vestiges of the old workings, which extend over about half of the site," Jackson Stops, the real estate agency representing the plot of land, wrote on its website. "There is vehicular access to a track which leads to the old quarry and the canopy cover is indigenous native trees including ash, oak and holly. The prominent site rises to over 500' and there are wonderful views in every direction from the edge of the wood."

There are also "a handful of houses scattered around the former convent of Posbury St Francis of which estate Posbury Clump once formed part," the real estate agency added.

Jackson Stops said the plot of land is a "rare chance" for someone to "make the unique claim that you are the proud owner of your very own volcano."