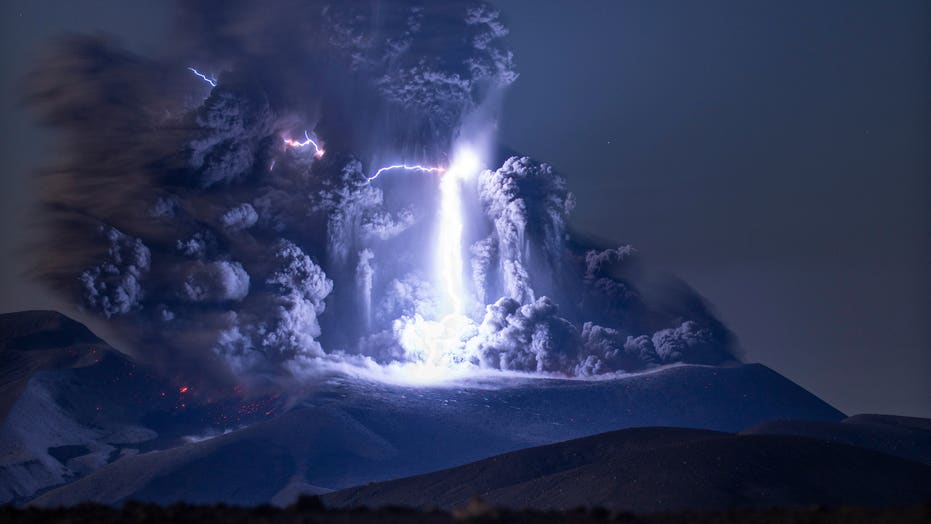 A German photographer who traveled to a Russian island in the hopes of capturing volcanic lighting — a rare but dazzling phenomenon —  seems to have gotten what he wished for.

He told SWNS he was standing a little less than a mile away from the volcano as it erupted, resulting in the rare but naturally occurring phenomenon that froze the ash cloud forming over the volcano.

"It was strong enough to illuminate the whole sky with its bluish lighting,” he told the news outlet. The self-proclaimed “volcanic observer” added he was “extraordinarily lucky” to capture the moment, which has been documented in about 200 volcanic eruptions over the last 200 years, according to a 2010 blog post from Oregon State University.

"In a whole even when you are an avid volcano observer it can take a decade to witness such a lightning event. It is an unusually strong and rare volcanic lightning bolt generated by the eruption of the volcano,” Reitze continued. "It was a scary moment, unexpectedly the whole landscape was bright and when the lightning struck, it irritated my eyes."

The exact cause of volcanic lightning — which typically occurs at the start of an eruption — long has been debated among scientists, as the phenomenon is more difficult to study than the lightning that’s associated with thunderstorms. In 2016, however, researchers determined volcanic lightning may be a result of both volcanic ash and ice.

“One cause is static electricity from particles rubbing together in dense ash clouds near the ground. The other source of lightning happens near the stratosphere, high above the Earth's surface, where jockeying ice crystals unleash powerful jolts,” Live Science, citing two separate studies on the matter, reported at the time.