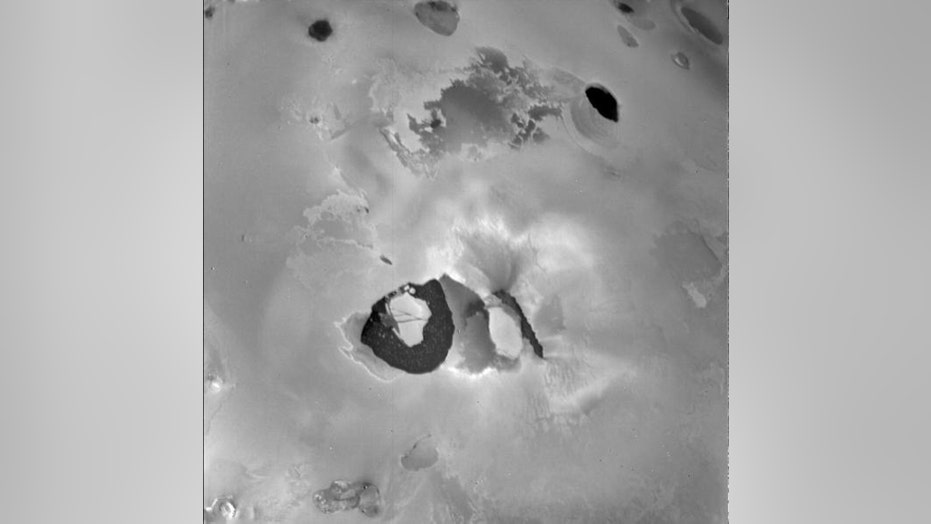 Jupiter's moon Io is home to the most active volcano in the solar system, Loki Patera, a 125-mile-wide lava lake. Now, a new study suggests that Loki Patera is getting ready to erupt again.

“Loki is the largest and most powerful volcano on Io, so bright in the infrared that we can detect it using telescopes on the Earth,” Planetary Science Institute Senior Scientist Julie Rathbun said in a statement.

After looking at Loki, named for the Norse god, for more than 20 years, scientists have been able to gather that it erupts on a "relatively regular schedule." In the 1990s, that was every 540 days and it's now down to approximately every 475 days, which has lead Rathburn to believe it should erupt this month.

Not only is Io one of Jupiter's largest moons, but it is also one of the planet's Galilean moons, named as such because it was discovered by Italian astronomer Galileo Galilei in 1610. The other Galilean moons are Europa, Callisto and Ganymede.

"If this behavior remains the same, Loki should erupt in September 2019, around the same time as the EPSC-DPS meeting in Geneva," Rathbun added.

Eruptions on the moon were last spotted by NASA's Juno spacecraft in December last year.

It's unclear what is causing Loki Patera's regular eruptions. However, one theory believes it stems from a process that's different from what causes volcanic eruptions on Earth, as the top layer solidifies and then drops into the liquid below, Space.com reported.

Despite the regular eruptions seen from Loki Patera, Rathbun seemed to have hedged her bets that another eruption will occur imminently.

"Volcanoes are so difficult to predict because they are so complicated," she added. "Many things influence volcanic eruptions, including the rate of magma supply, the composition of the magma — particularly the presence of bubbles in the magma, the type of rock the volcano sits in, the fracture state of the rock and many other issues."

This picture from Voyager 1 shows the volcano Loki on Jupiter’s moon Io. When this picture was taken, the main eruptive activity came from the lower left of the dark linear feature (perhaps a rift) in the center. Below is the "lava lake," a U-shaped dark area about 200 kilometers across. (Credit: NASA/JPL)

Nonetheless, Rathbun said it's possible Loki is "so predictable" because of its massive size.

"Because of its size, basic physics are likely to dominate when it erupts, so the small complications that affect smaller volcanoes are likely to not affect Loki as much,” Rathbun continued. “However, you have to be careful because Loki is named after a trickster god and the volcano has not been known to behave itself. In the early 2000s, once the 540 day pattern was detected, Loki’s behavior changed and did not exhibit periodic behavior again until about 2013."

Jupiter's moons -- including Europa, which could support life -- are of intense interest to researchers.

In August, NASA confirmed a mission to Jupiter's moon Europa, known as the Europa Clipper mission. Now in the phase of completing the final design of the spacecraft, the mission will investigate whether Europa, the sixth-largest of Jupiter's 79 known moons, "could harbor conditions suitable for life, honing our insights into astrobiology."