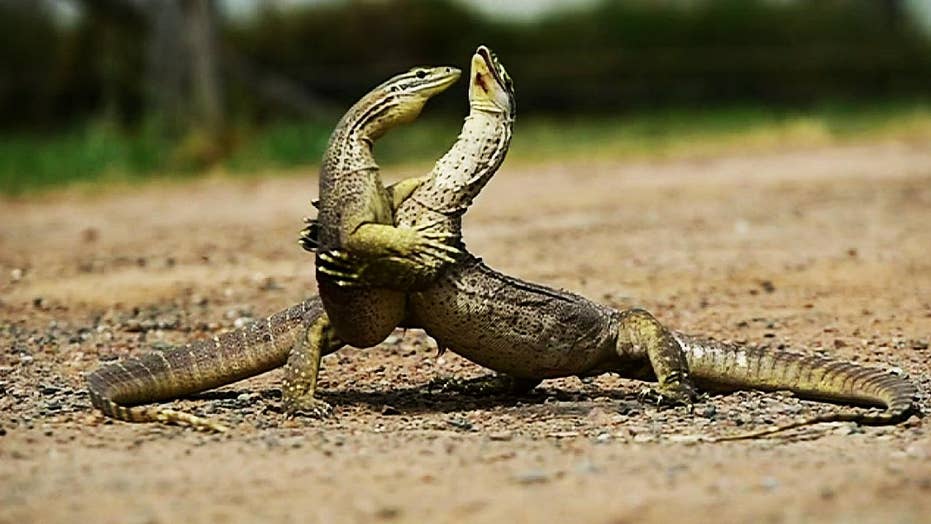 A pair of sand goannas were caught on video last week, apparently duking it out with one another in Australia.

The clash of the lizards happened Dec. 11 at Koorana Crocodile Farm and was noticed by an employee upon his arrival, the Courier Mail reported.

The reptiles were apparently unfazed when McGrath started filming the interaction, which he said had the appearance of a “drunken dance.”

“It was like sumo wrestling. One had to pin the other one down,” he said.

The farm also posted about the fight on its Facebook page on Dec. 12, remarking that “you never know what you might be witness to.”

“We have lots of sand goannas roaming around at the moment, and this week on the road right in front of King Wally these two males were in a long battle,” the post said.

King Wally is a prominent crocodile who lives on the property, the Courier Mail reported.