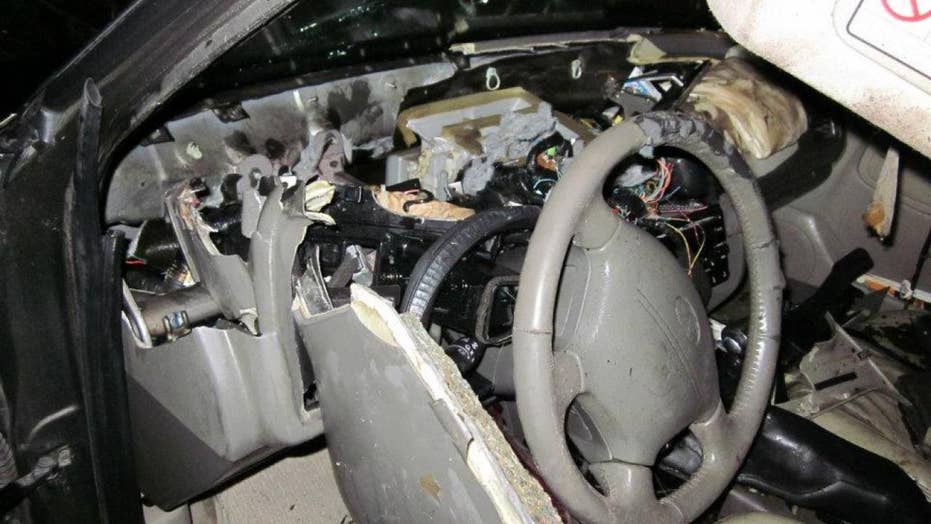 'Vandal' bear wrecks car after getting locked inside

Wild photos: A bear locked inside a car created a massive amount of damage.

Who’s been sitting in my car?

A bear in Colorado has devastated the interior of a car after getting locked inside, according to local police.

The bear wrecked the car's interior after getting locked inside. (Snowmass Village Police Department)

“Have you ever wondered what happens when a bear breaks into a car? Here you go .... lock your doors, secure your windows,” officers wrote. “This bear got in through an unlocked door, then the door closed behind him/her. Insurance doesn't usually cover this.”

The post sparked plenty of debate about whether the damage would actually be covered by insurance. “Full coverage insurance is required to cover this, it's the same type of damage from your local neighborhood vandals,” wrote one commenter.

The bear got into the car through an unlocked door, according to local police.

“It's happened many times here in Steamboat,” wrote another commenter.

“And you can never get the smell out!” one person added.

Police say that the bear somehow closed the car's door behind them. (Snowmass Village Police Department)

A Colorado resident recently shot and killed a mother bear accompanied by her three cubs out of fear that the sow was attempting to enter the woman’s home.