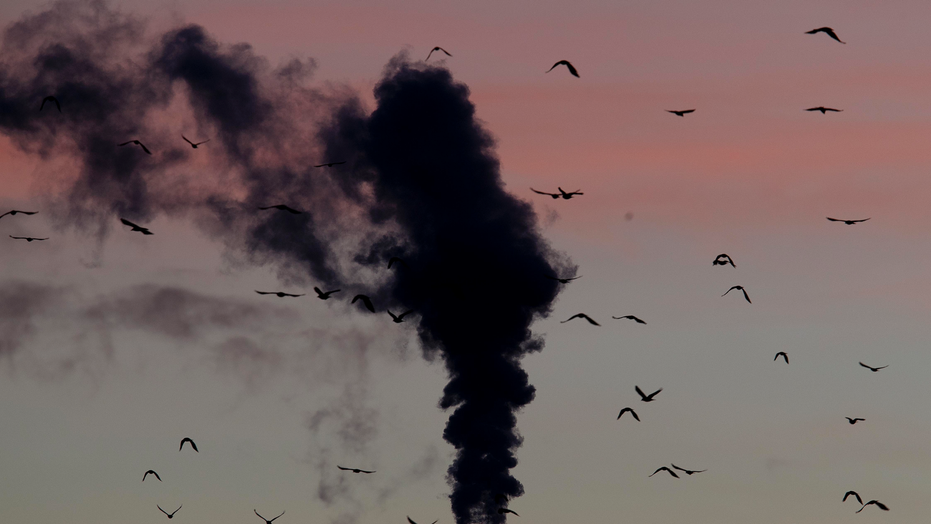 A particularly dire report from the United Nations Human Rights Council has upped the ante in the fight against climate change, warning that a potential "climate apartheid" could fracture the global population, splitting the planet between the wealthy and the rest of the world who will be "left to suffer."

The report, published on June 25 and written by U.N. human rights and poverty specialist Philip Alston, combines the work of more than 100 other studies and reports. It goes into particular detail about what will happen if there is too great of a reliance on the private sector to combat the changing climate.

"Rather than helping the world adapt to climate change, privatizing basic services and social protection may be a form of maladaptation," Alston wrote in the report. "When hurricane Sandy wreaked havoc in New York in 2012, stranding low-income and vulnerable New Yorkers without access to power and healthcare, the Goldman Sachs headquarters was protected by tens of thousands of its own sandbags and power from its generator."

The report continues: "Private white-glove firefighters have been dispatched to save the mansions of high-end insurance customers from wildfires. 'An over-reliance on the private sector could lead to a climate apartheid scenario in which the wealthy pay to escape overheating, hunger, and conflict, while the rest of the world is left to suffer.'"

Alston likened it to a coming "climate apartheid," where the wealthy are able to mitigate some of the potentially catastrophic effects, such as food insecurity, disease and death, and the poor, "who have contributed the least to emissions and have the least capacity to react, will be the most harmed."

A 2017 report from non-profit CDP estimated that just 100 companies around the world were responsible for 71 percent of greenhouse gas emissions. Companies such as ExxonMobil, Shell, BP, Saudi Aramco and several others were mentioned as the highest emitters since 1988.

A man and his son watch as waves crash off sea cliffs along the southeast shore of Oahu as Hurricane Lane approaches Honolulu, Hawaii, on Aug. 24, 2018. (AP Photo/Caleb Jones, File)

The hardest hit areas around the globe would be sub-Saharan Africa, South Asia and Latin America, who may bear as much as 75 percent of the costs associated with climate change, according to the latest U.N. report.

Particularly sobering speeches about the potential impacts to come have not been enough, Alston wrote, adding that addressing climate change "will require a fundamental shift in the global economy, decoupling improvements in economic well-being from fossil fuel emissions."

"Although climate change has been on the human rights agenda for well over a decade, it remains a marginal concern for most actors," Alston explained in the report. "Yet it represents an emergency without precedent and requires bold and creative thinking from the human rights community, and a radically more robust, detailed, and coordinated approach."

The report highlighted examples, such as Brazilian President Jair Bolsonaro allowing the mining of the Amazon rainforest and China, which is moving towards ending its reliance on coal but is exporting coal-fired powered plants abroad.

Alston also mentioned the U.S., which under President Trump has said it would pull out of the 2015 Paris Agreement on climate change. Trump has also been "aggressive" in rolling back environmental regulations and "is actively silencing and obfuscating climate science."

Following his meeting with Prince Charles earlier this month, Trump said he told Charles, one of the world's highest-profile climate campaigners, the U.S. has among the cleanest climates in the world, seemingly equating pollution to climate change.

Trump was interviewed by Piers Morgan after his meeting with the royal family and he told the British television host, "I believe that there's a change in weather and I think it changes both ways."

Despite the seemingly bleak nature of the report, Alston did point out some positive developments taken by the global community in the fight against climate change.

He mentioned that 49 countries have already seen a decline in emissions; more than 7,000 cities, 245 regions, and 6,000 companies have committed to climate mitigation; coal is no longer competitive and lawsuits that have claimed governments have a "legal duty to prevent climate change."