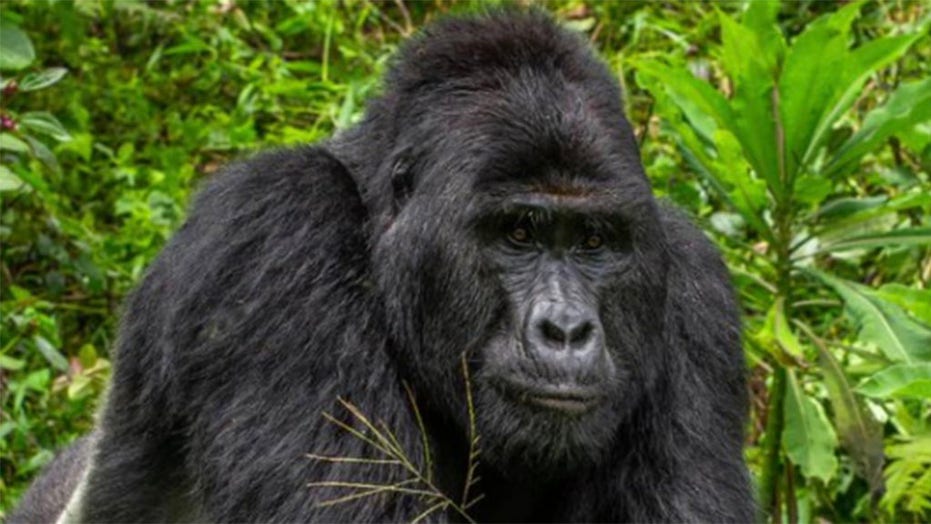 One of Uganda’s rare mountain gorillas, a popular silverback called Rafiki, has been killed by poachers.

Rafiki, believed to be around 25, was the leader of a group of 17 mountain gorillas in Bwindi Impenetrable National Park, a UNESCO world heritage site. He went missing on June 1 and his body was found the next day.

Rafiki, who was killed earlier this month by poachers (Courtesy Uganda Wildlife Authority)

Hangi said the poachers were found in possession of “bush pig meat and several hunting devices including a spear, rope snares, wires snares and a dog hunting bell”.

Hangi claims one of the men, Byamukama Felix, a resident of the Murole village, confessed to killing the gorilla in self-defense.

“He says that he had gone hunting in the park with Bampabenda Evarist, where they came into contact with the group. When the silverback charged at them, he speared it.”

If found guilty of killing an endangered species, the men could face either a life sentence or a fine of $5.4 million, according to the BBC.

In 2018, the mountain gorilla was removed from the list of critically endangered species by the International Union for Conservation of Nature. It is now classified as endangered.