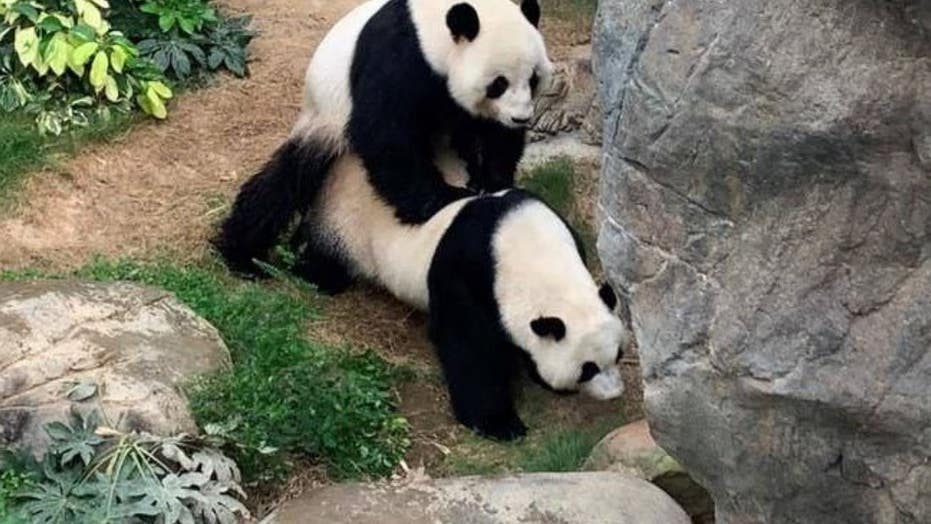 Love in the time of coronavirus is possible -- at least for two giant pandas living in a Hong Kong zoo.

Ocean Park Zoo's 14-year-old male and female giant pandas, known as Ying Ying and Le Le, "succeeded in natural mating at around 9 a.m. this morning," the zoo announced in a Monday press release.

“Male and female giant pandas are sexually mature starting at ages of 7 and 5, respectively. Since Ying Ying and Le Le’s arrival in Hong Kong in 2007 and attempts at natural mating since 2010, they unfortunately [had] yet to succeed until this year, upon years of trial and learning," said Michael Boos, executive director in zoological operations and conservation at Ocean Park, in a statement. "The successful natural mating process today is extremely exciting for all of us, as the chance of pregnancy via natural mating is higher than by artificial insemination."

The mating is quite noteworthy because it's difficult to get giant pandas to mate.

First, female pandas only ovulate once a year, according to Vice Motherboard. In addition, a male panda apparently has only about 36 to 40 hours to inseminate the female while she has an egg that's ready to go. Vice also writes that male pandas just aren’t that great at fathering children.

CORONAVIRUS MAY NOT DIMINISH IN WARMER WEATHER, NEW STUDY FINDS

What made these two pandas finally consummate their relationship while the zoon is empty? Ocean Park Zoo offered this explanation:

"Since late March, Ying Ying began spending more time playing in the water, while Le Le has been leaving scent-markings around his habitat and searching the area for Ying Ying’s scent."

Giant pandas are a vulnerable species, threatened by habitat loss and habitat fragmentation, which makes the news of this mating all the more exciting.