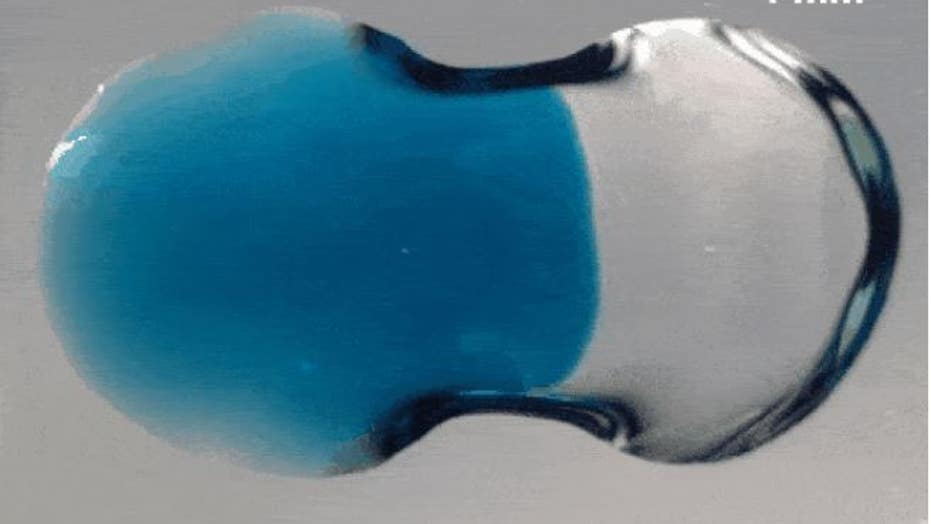 Scientists have captured the moment that two tiny liquid droplets combine, providing a rare glimpse into a process the human eye cannot detect.

By setting up two high-speed cameras that were shooting at up to 25,000 frames per second, researchers were able to show the exact moment when one droplet passed over another--creating a "surface jet" that formed less than 15 milliseconds after they combined.

Thomas Sykes, a researcher at the University of Leeds and lead author of a paper about the study that was published Monday, said the use of high-speed imaging provides new insights into the complicated way droplets behave when they interact – a branch of science known as fluid dynamics.

“In the past, there have been instances when two droplets impact and you were left wondering whether they have mixed or has one droplet just passed over the other. Having two cameras record the droplet interaction from different viewpoints answers that question," said Alfonso Castrejon-Pita, an associated professor at the University of Oxford and co-author of the study, in a statement.

Mark Wilson, a lead supervisor of the project, explained that researchers hope to learn more about how they could alter droplets' behavior by analyzing their internal flows.

“The imaging techniques developed have opened up a new window on droplet technology," Wilson added.

The full study was published in the journal Physical Review Fluids.