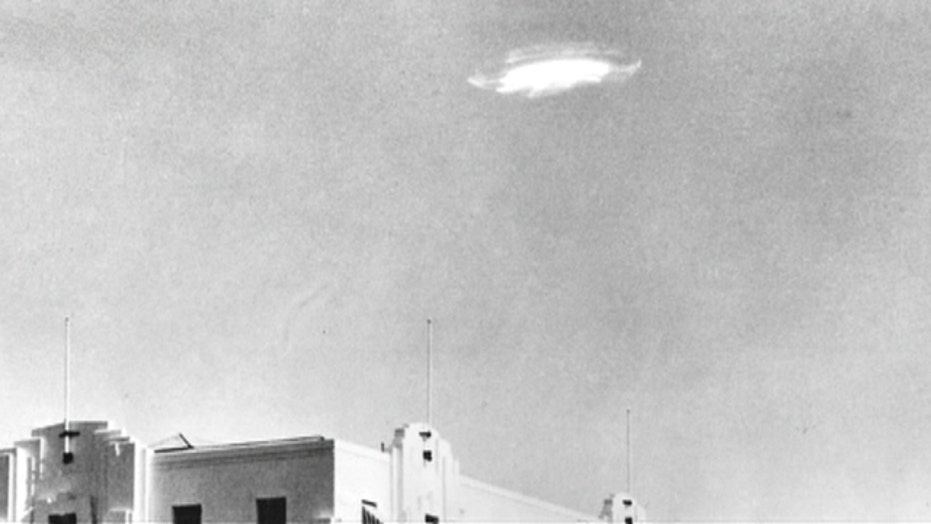 The FBI says its most viewed public record is a memo from 1950 recounting a strange story someone told an agent about three "flying saucers" that were allegedly recovered in New Mexico.

The so-called Hottel memo was first released in the late 1970s under the Freedom of Information Act, but it's been viewed nearly a million times since 2011, when the FBI launched an online database of public records called the Vault.

Dated March 22, 1950, the memo was addressed to FBI Director J. Edgar Hoover and written by Guy Hottel, then head of the Bureau's field office in Washington, D.C. Hottel was reporting what an Air Force investigator said that someone else told him about the crashed saucers.

The following details of the report have perhaps fueled the hopes of those who want to believe: "They [the saucers] were described as being circular in shape with raised centers, approximately 50 feet in diameter. Each one was occupied by three bodies of human shape but only three feet tall, dressed in metallic cloth of a very fine texture. Each body was bandaged in a manner similar to the blackout suits used by speed fliers and test pilots."

For the record, FBI officials said in a statement on Monday (March 25) that the Hottel memo "does not prove the existence of UFOs; it is simply a second- or third-hand claim that we never investigated."

Bureau officials also say there is no reason to believe that the story has anything to do with the infamous 1947 Roswell crash in New Mexico.

Hoover did actually order his agents to verify any UFO sightings after the Roswell incident and until July 1950. That the Hottel report was never investigated suggests "our Washington Field Office didn't think enough of that flying saucer story to look into it," the FBI statement says.