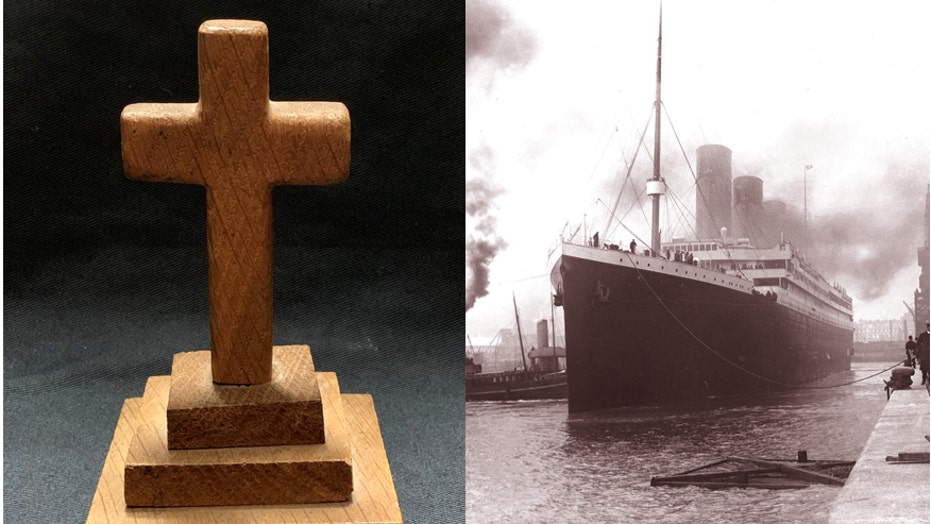 A cross made from Titanic wreckwood is up for auction in the U.K. later this month.

The cross is one of a number of items that belonged to Sam Smith, a carpenter on the ship S.S. Minia, which was one of the vessels that recovered the bodies of Titanic victims.

Auctioneer Andrew Aldridge told Fox News that the artifact is “incredibly powerful and poignant,” noting Smith made the cross from oak from the ill-fated liner. The cross, which will be auctioned by Henry Aldridge and Son on Oct. 19, has a pre-sale estimate of $14,755 to $22,132.

Other items of Smith’s in the auction include photos, documents and woodworking tools. The total archive is valued at $49,182.

Samuel Smith (second left in the front with the mustache) with S.S. Minia crew members. (Henry Aldridge and Son)