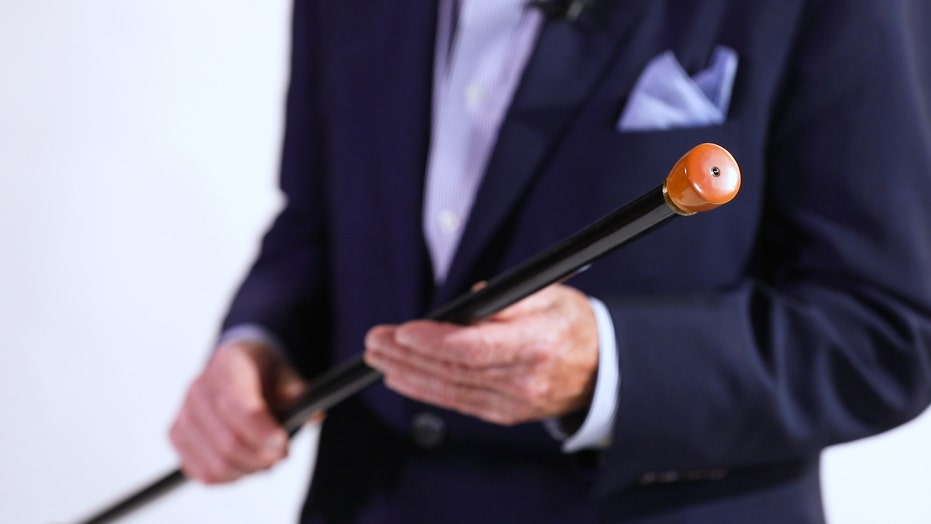 An unusual walking stick that belonged to a Titanic survivor and a first-class passenger’s meal receipt from the doomed liner are up for auction.

An unusual walking stick that belonged to a Titanic survivor and a first-class passenger’s meal receipt from the doomed liner are up for auction later this month.

“We’re delighted to have some of the most treasured objects to have come from the Titanic in this auction,” Arlan Ettinger, president of Guernsey’s auction house, told Fox News.

These include a walking cane that was used by socialite Ella White when she escaped the sinking ship. White, who features in Walter Lord’s best-selling book on the disaster, “A Night to Remember,” used the walking stick, with its built-in electric light, to signal rescue ships from Titanic’s lifeboat 8.

“This very walking stick was used to save lives and was there on the Titanic,” Ettinger told Fox News.

A star witness in the court hearings that followed the disaster, White was a fascinating figure. “Although married to a man, she had a life partner, another woman, who she traveled very openly with and spent the rest of her life with,” Ettinger told Fox News. “So she was very much her own woman and quite a prominent figure making this cane, this walking stick, all the more important.”

A Titanic receipt from one of the ship’s survivors will also be in the auction. “This was a receipt given to a first class passenger who chose on some occasion, not to eat in a first class dining room, so, to make up the difference, they gave him this receipt,” Ettinger said.

The items will be sold at Guernsey’s nautical auction “Centuries at Sea” at the International Yacht Restoration School in Newport, R.I. on July 19th and 20th.