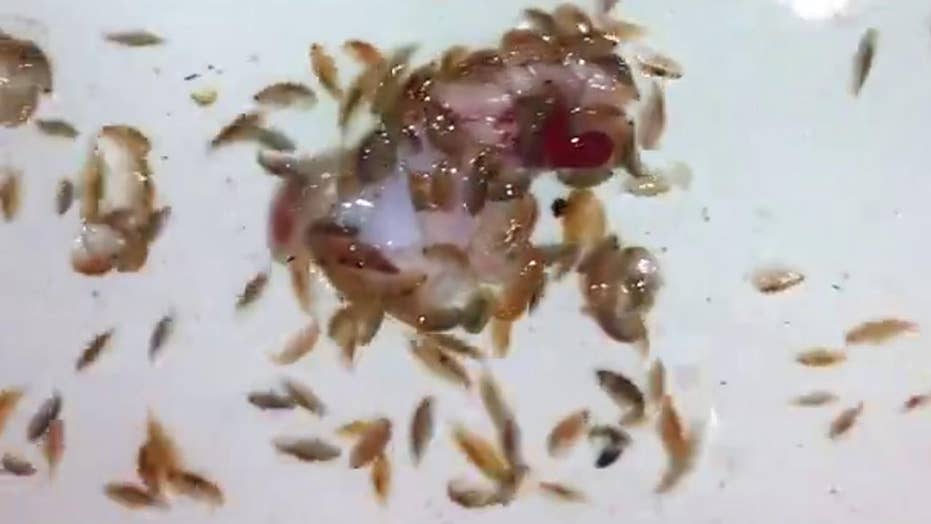 Is it now safe to go back into the water?

Following reports of an Australian teen being attacked by tiny piranha prawns, or “sea fleas,” a woman on the country's Gold Coast says she suffered a similar fate three years ago.

"It was like tiny pin holes everywhere in my legs ... there must have been about 300 bites," Shrimpton told the news outlet.

This past weekend, the mysterious pesky nibblers made headlines again after 16-year-old Sam Kanizay of Melbourne took a dip into the ocean at Brighton Beach. The teenager told reporters that he went in to soak his limbs after playing soccer and when he emerged from the waist-deep water about a half hour later, he was bleeding profusely from his knees and ankles.

Researchers were mystified by the creatures until Kanizay’s father returned to the scene and baited a few using chunks of steak. He was able to capture them in action and turned a few of them over to scientists, who determined that they are sea fleas, which typically feast on dead fish.

Professor Rod Connolly, a marine scientist from Griffith University, told NEWS9 that the bugs are found in waters across the globe, but they don’t normally attack humans. Connolly added that if the critters were swarming to grab a nearby fish, it’s possible the humans interfered.

Connolly also said cases of bites were rare and advised the public to "just be wary," according to 9NEWS.