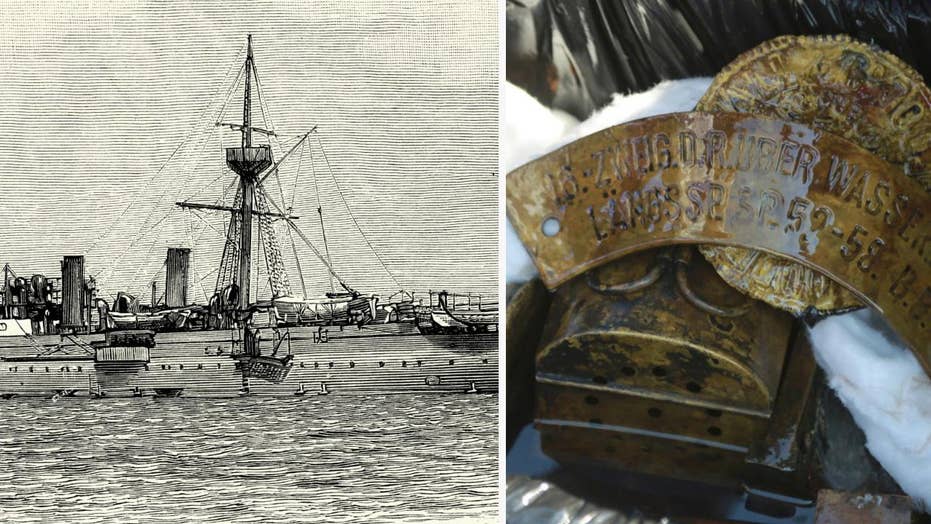 Archaeologists have discovered the wreck of the sunken Chinese warship Jingyuan, which the Japanese Navy sank in September 1894 during the first Sino-Japanese war.

Underwater archaeologists have discovered the wreck of a Chinese warship that was sunk in a fierce naval battle over 100 years ago.

The Japanese Navy sank the Jingyuan in September 1894 during the first Sino-Japanese war. Hundreds of artifacts including shells, bullets, ceramics and leather items were salvaged from the ship Tuesday, according to Getty.

China’s State Administration of Cultural Heritage says that archaeologists have been working on the wreck site off Dalian, Liaoning Province, since July. The hull was found on the seabed in 39.4 feet of water, it said.

The main part of the hull was covered in sand, which the archaeologists carefully removed. On Sept. 15, researchers found a “Jingyuan” nameplate hanging on the outer wall of the ship.

Remains of the ship’s masts were found in the front section of the hull, along with anchor chains.

The wreck has been compared to a time capsule by Jiang Bo, an archaeologist at China’s National Center of Underwater Cultural Heritage, according to Nine.com.au, citing the China Daily.

Workers transfer artifacts found from the long-lost warship Jingyuan in the sea area of Zhuanghe on September 25, 2018 in Dalian, Liaoning Province of China. (Photo by VCG/VCG via Getty Images)

More than 500 artifacts have been recovered from the wreck and taken to the surface, according to Chinese officials.

Built at the Vulkan shipyard in Germany, the ship entered Chinese service at the end of 1887, becoming part of the Beiyang fleet.

The Jingyuan was sunk in an attack by four Japanese vessels and more than 200 officers and men lost their lives on the ship. Only 16 crewmembers survived the sinking.

An archaeologist investigates underwater on the long-lost warship Jingyuan in the sea area of Zhuanghe on September 25, 2018 in Dalian, Liaoning Province of China. (Photo by VCG/VCG via Getty Images)

Other shipwrecks have also been making headlines. For example, a 400-year-old shipwreck recently discovered off the coast of Portugal has been hailed as a “significant” archaeological find.

Earlier this year, a team of scientists from the Scripps Institution of Oceanography at the University of California San Diego and the University of Delaware found the stern of World War II destroyer  USS Abner Read, which sank in 1943 after hitting a Japanese mine in the remote Aleutian islands.