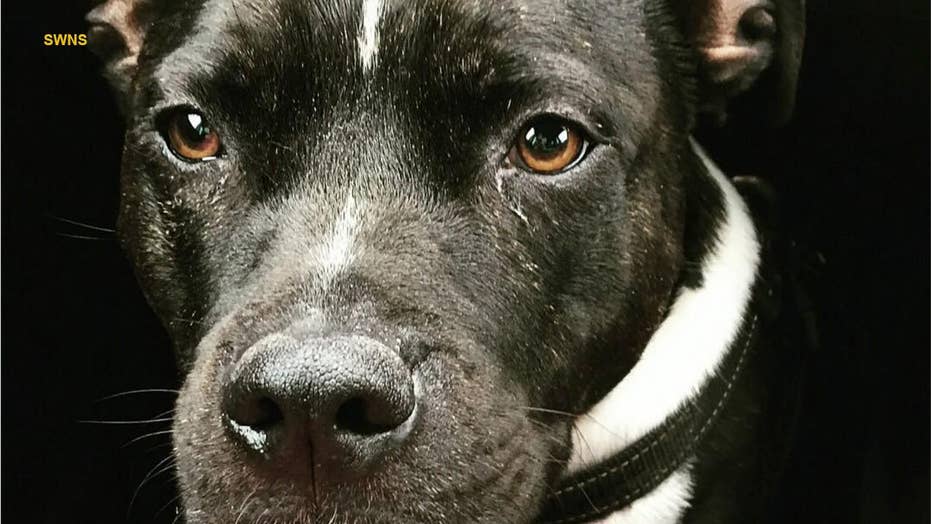 This remarkable dog can bark hello

A remarkable dog named George is seen barking the word hello. His owner says ‘I just kept telling him to say it.’

This gives new meaning to the phrase "dog days of summer."

Thirty-six-year-old Kathryn Schofield, who first got the Staffordshire Bull Terrier as a puppy, said he started barking the word two years ago and she kept telling him to do it until he got the word perfect, SWNS reports. Now he does it when anyone comes up to him, according to Schofield, who lives in Weymouth in southern England.

"He comes right up to the camera and sticks his face in it, like a real poser," she continued. "George basically tries so hard to talk, mostly when he's excited when you come home from being out, or when visitors come round - and it's then I can get him to say it."

George gets so excited when he's around people that he barks "hello" until he makes them laugh, Schofield said, adding that he "loves attention" and "it's hard not to forgive a one in a million dog!"

Though he's said it for the past three years, George gets too excited when someone pulls their phone out to film him and plays for the camera. (Credit: SWNS)

The dazzling dog may have a special talent, but it hasn't always been a walk in the park for him. He was rescued from a dog home in May 2013 at six months and has dealt with elbow dysplasia and a cancerous tumor was removed from his body.

Now, the "big softie who loves anyone," especially Schofield's three kids, is living the good life and has become a bit of a local celebrity in his own right.

"I go to the local cafe and people I've never met will tell me that they've heard all about George and how lovely he is," Kathryn said. "People love him because he's not got a mean bone in his body. He's an all-round sweetheart!"