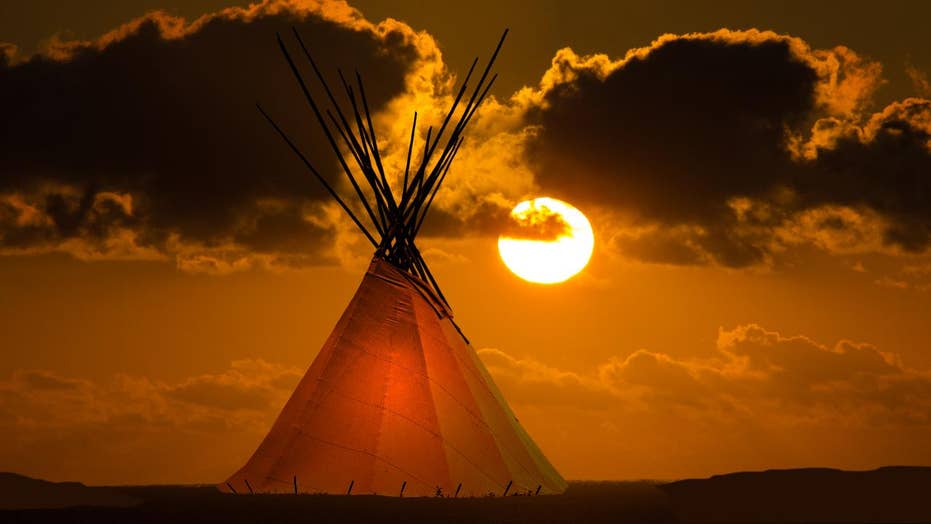 A violent conflict between English colonists and Native Americans almost 400 years ago grew into a war that ended with the near extermination of an entire Indian tribe.

Now, archaeologists in Connecticut are investigating the town at the center of the conflict — the scene of an attack by Pequot warriors concerned by the burgeoning population of English settlers in the area.

The attack on Puritan colonists in 1637 at Wethersfield, Connecticut, was smaller in scale than the Jamestown attack in Virginia in 1622 — just nine settlers were killed, while hundreds were killed in Jamestown. But the Wethersfield conflict grew into the Pequot War in New England, and it resulted in the Mystic River Massacre in May 1637; during that massacre, an army of colonists and their Native American allies killed about 500 people and effectively wiped out the Pequot tribe. [See Photos of the Remains of the Pequot War]

The conflict instilled a deep fear among European settlers of Native American tribes that would last for centuries and would influence the treatment of Native Americans in the years that followed, said Charles Lyle, the director of the Webb-Deane-Stevens Museum in Wethersfield.

"That is when this whole fear of Indian attack really took over, and it took over for the rest of the 17th century in New England. People were really fearful of the Indian attacks," Lyle told Live Science.

The museum comprises three historic houses built in the 18th century. But now archaeological investigations of the grounds of the museum have revealed traces of occupation that date back even further, to the time of the Pequot attack more than 100 years earlier.

The finds include window glass, household pottery, iron clothing hooks and buttons, as well as trade items, including Native American pipe stems and about 20 pieces of the shell beads known as wampum, which were used by both the Native Americans and settlers as currency.

The excavations also revealed pieces of a defensive wooden palisade that was built on the property around the time of the Wethersfield massacre in 1637, an indication of the growing tensions between the English settlers and the Native Americans of the area, Lyle said.

At the time of the Pequot attack, the Pequot were particularly worried about the growing numbers of English settlers in the region, and the land they were taking for their homesteads, fields and herds, he said.

Historians note that food supplies in the area had been badly disrupted by a severe hurricane a few years earlier — what is now known as the Great Colonial Hurricane of 1635.

"I think there were some problems in this area with having a reliable food supply during this period," Lyle said. "The Indians in the early period were helping the settlers by trading with them, in providing corn and venison." He added, "But the [English] settlers were planting fields now and weren't trading with the Indians like the Dutch were — they were trying to establish their own crops and their own herds of domesticated cattle."

The friction came to a head on April 23, 1637, when about 200 Pequot warriors attacked the settlement at Wethersfield — one of the earliest colonial towns in New England.

According to historical accounts, six men and three women from Wethersfield were killed, and two girls were kidnapped; the Pequot warriors also deliberately killed dozens of horses and cattle, in what has been seen as a warning to other settlers.

Although the girls were later returned through the intervention of Dutch traders, the Pequot killings at Wethersfield resulted in the Mystic Massacre and the Pequot War. The war lasted until September 1638, when the few remaining Pequot fled the area.

The finds on the grounds of the Webb-Deane-Stevens Museum push back the archaeology of the site to the time of the earliest historical accounts of colonial European settlement in North America, said Ross Harper, senior historical archaeologist for the Public Archaeology Survey Team, which is carrying out the excavations.

"This is a period that we really just don't know a lot about," Harper told Live Science. "Sites of this period, in New England especially, are very rare, so it is a very important discovery."

"The excavations have been carried out ahead of the construction of an education center at the museum. The construction will go ahead this year, while archaeologists continue to excavate other parts of the property, Harper said.

The work so far has been funded by the National Society of the Colonial Dames of America, which owns the Webb-Dean-Stevens Museum, and the state of Connecticut.

The excavations also revealed traces of trading activity at the site, although the archaeologists can't tell if the trading happened before or after the Pequot attack in 1637. Several small colonial coins have been found — including a farthing from the reign of James I, minted in the early years of the 17th century — as well as what were once strings of wampum shell beads.

"The English were extraordinarily dependent on Native Americans at this early period, particularly for foodstuffs," Harper said. "[But] the Native Americans didn't want coins, they wanted wampum or some other kinds of trade goods that they valued."

But he said that the remains of the 17th century palisaded wooden wall on the property also showed that the settlers were concerned about attacks by Native Americans.

"We can't really say if it was [built] before or after the Pequot War, but that whole period, 1630 to 1640, was a very challenging and violent and difficult period for the people involved, for Native Americans and all the different European groups," Harper said.

"It's hard to say if it was built in response to the war or before the war, but that's a question we may very well be able to answer when we do more work."