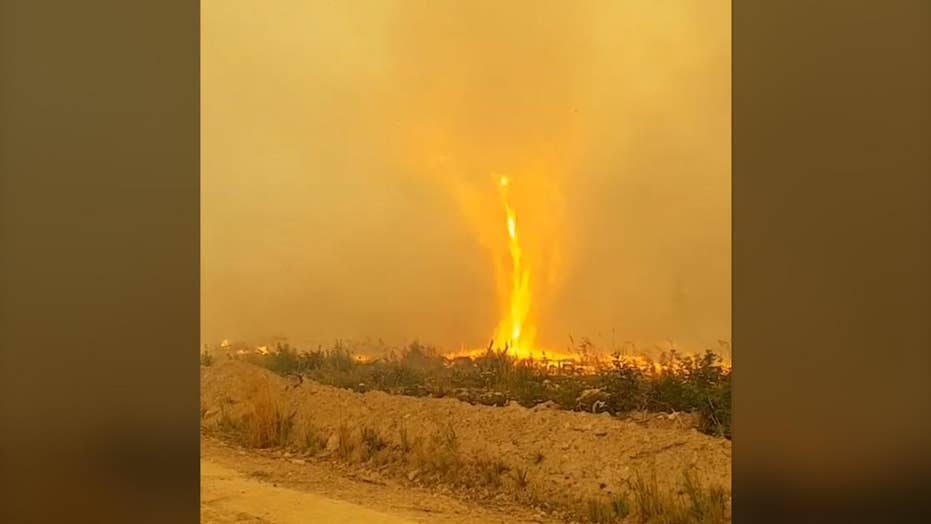 Watch as a tornado made of fire pulled a firefighter hose 100 feet in the air before melting it.

Canadian firefighters caught a rare, terrifying phenomenon on video last month when a 200-foot-tall fire tornado sucked their firehose into the sky and melted it.

“Fire destroyed our line,” Instagram user M.C. Schidlowsky, who was part of the fire crew in British Columbia, wrote. “It threw burning logs across our guard for 45 minutes and pulled our hose 100 plus ft. in the air before melting it. That’s definitely a first.”

Fire tornados, also known as fire vortices, are not tornadoes in the true sense of that word. They occur when a gust of extremely hot air blows through the fire at a certain angle, producing a spinning momentum, which then sucks up embers and debris.

In July, the massive Carr Fire in California produced a vortex with winds clocked at 143 mph by the National Weather Service.

Schidlowsky noted that the tornado itself reached 200 feet.

In the video, two firefighters struggle to grab the hose as it flaps in the air.

The Canadian fire they were battling was near Vanderhoof, British Columbia, and it has now been contained.

“It’s like a dust devil or a fire whirl—it sucks in the debris and that’s what makes it a fire tornado,” British Columbia Wildfire information officer Forrest Tower told the CBC. “They do happen but they are very rare. It’s kind of cool she was able to capture one on video.”