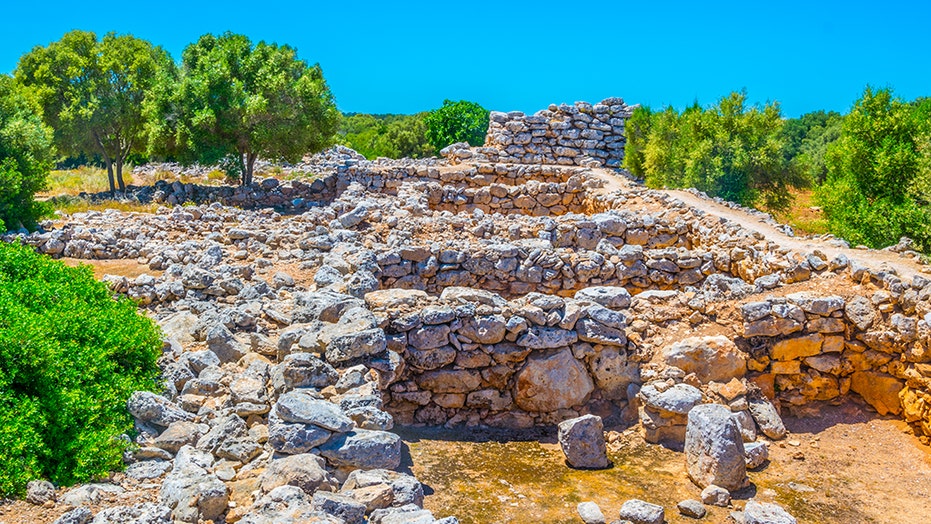 King Arthur’s legendary sword Excalibur may have some competition.

Archaeologists on the Spanish island of Mallorca have uncovered a stunningly well preserved Bronze Age sword among the stones of an ancient monument.

Ruins of Talayot Capocorb Vell at Mallorca, Spain, one of the megalithic monuments found on the island - file photo. (iStock)

Diario de Mallorca reports that the broken sword was found at the Talaiot del Serral de ses Abelles, a megalithic monument. Archaeologists say that the sword, which has a decorative hilt, likely had a symbolic, as opposed to military use.

Other remarkable swords have been discovered elsewhere in Europe. Earlier this year, for example, workers digging a sewer in the Danish city of Aalborg unearthed a remarkably well-preserved sword that dates back to at least the 14th century.

In 2017, an incredibly well-preserved Viking sword was found by a reindeer hunter on a remote mountain in Southern Norway.

An ornate sword that belonged to a 15th-century warlord in Muslim Spain was digitized in stunning 3-D earlier this year. The sword, which is covered with gold, ivory and precious metals, was used by Ali Atar, a military commander in the service of King Boabdil, the last sultan of Granada.