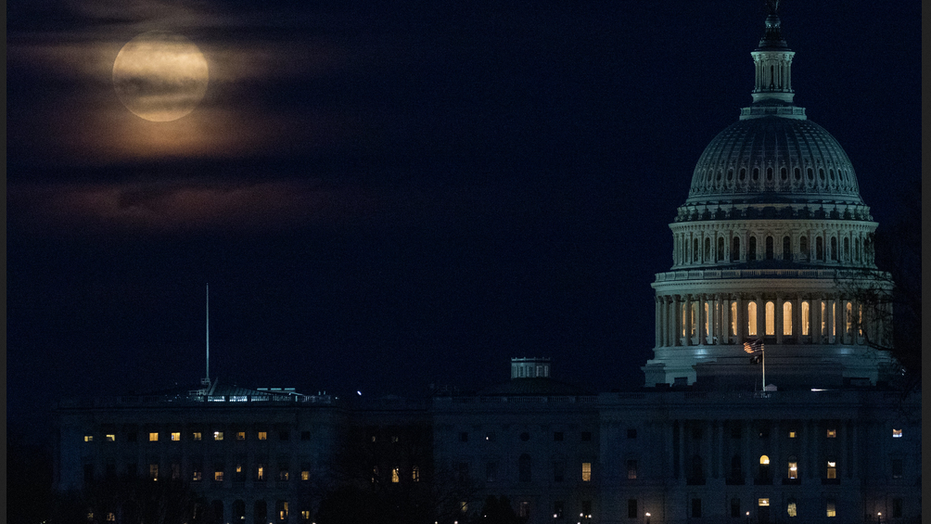 NASA released a gorgeous image of the March supermoon behind the U.S. Capitol building this week.

The beautiful and rather eerie image shows the rare supermoon partly obscured by clouds above the nation's capital.

Photographers worldwide captured stunning images of the full worm moon, which was the second-closest of the year’s three supermoons, according to EarthSky.

The March full moon, which is also referred to as the crow moon, crust moon, sap moon and sugar moon, played an important role in Native American culture.

“The more northern tribes of the northeastern United States knew this as the crow moon, when the cawing of crows signaled the end of winter,” NASA explained on its website. “Other northern names were the crust moon, because the snow cover becomes crusted from thawing by day and freezing by night, or the sap (or sugar) moon as this is the time for tapping maple trees.”

Southern tribes, however, dubbed the celestial event the "worm moon" as a result of the casts left by earthworms on the thawing ground.

Fox News' James Rogers and The Associated Press contributed to this story.