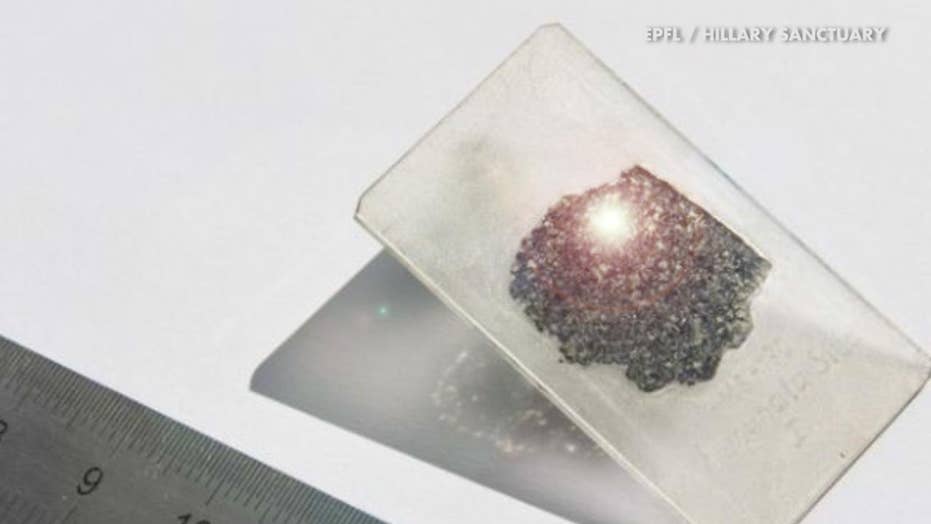 New analysis of a meteorite fragment from Sudan has found space diamonds, which scientists say came from a “lost planet” destroyed billions of years ago.

Scientists at the Ecole Polytechnique Federale de Lausanne (EPFL) in Switzerland have discovered that the meteorite contains diamonds formed at high pressure in a “planetary embryo,” of a size between Mercury and Mars.

The meteorite is part of a 13-foot-wide asteroid that entered Earth’s atmosphere on Oct. 7, 2008 and exploded 23 miles above the Nubian desert in Sudan. The asteroid, dubbed “2008 TC3,” scattered multiple fragments across the desert, 50 of which were later found.

Analysis revealed that the fragments are largely “ureilites,” a rare form of stony meteorite that often contains clusters of tiny diamonds. “Current thinking is that these tiny diamonds can form in three ways: enormous pressure shockwaves from high-energy collisions between the meteorite ‘parent body’ and other space objects; deposition by chemical vapor; or, finally, the ‘normal’ static pressure inside the parent body, like most diamonds on Earth,” explained EPFL scientists, in a statement.

Mystery, however, has surrounded the origins of 2008 TC3. Scientists at EPFL, working with researchers in France and Germany, used electron microscope technology to show that chromite, phosphate and iron-nickel sulfides are embedded in the diamonds. “These have been known for a long time to exist inside Earth’s diamonds, but are now described for the first time in an extraterrestrial body,” the scientists explained.

The pressure needed to create the diamonds indicates that the “planetary embryo” was sized somewhere between Mercury and Mars, according to researchers. “Many planetary formation models have predicted that these planetary embryos existed in the first million years of our solar system, and the study offers compelling evidence for their existence,” they explained. “Many planetary embryos were Mars-sized bodies, such as the one that collided with Earth to give rise to the Moon. Other of these went on to form larger planets, or collided with the Sun or were ejected from the solar system altogether.”

In research published in the journal Nature Communications, the experts write that the lost planet was likely destroyed by collisions about 4.5 billion years ago.

In a separate project, scientists from the U.K. are set to scour the frozen wastes of Antarctica in an audacious attempt to uncover lost meteorites.

In January, a meteor made headlines when it flashed across the sky in Michigan. The blazing fireball sent meteorite hunters scrambling to find fragments of the rare space rock.

NASA notes that large rocky objects in orbit around the Sun are known as asteroids or minor planets, whereas smaller particles are known as meteoroids. When a meteoroid enters Earth’s atmosphere it is known as a meteor.

Earlier this week an asteroid the size of a football field made a “surprise” flyby of Earth.