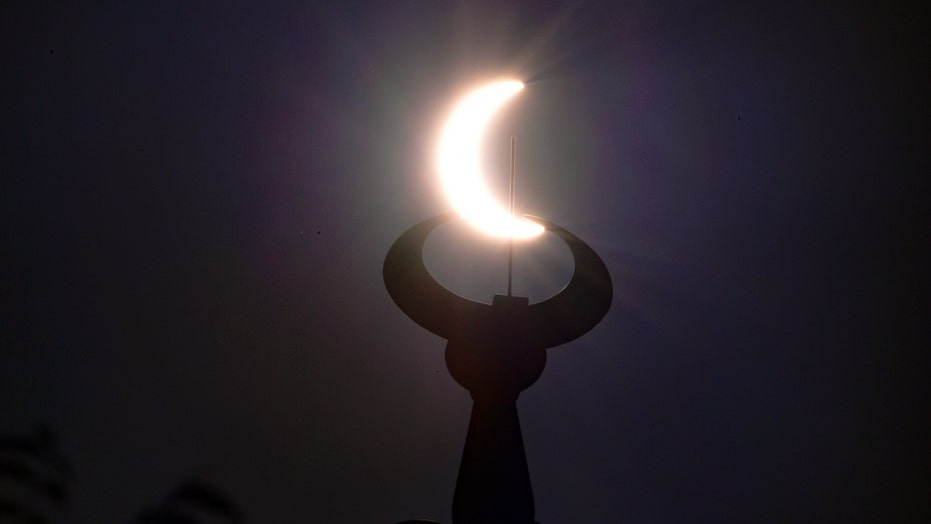 Skywatchers in parts of the globe enjoyed a stunning partial solar eclipse over the weekend.

Sadly, however, skywatchers in North America missed out on the spectacular celestial event. The annular solar eclipse, or “ring of fire” eclipse, saw the moon pass directly in front of the sun, and was visible in Africa, Asia and parts of the Middle East.

It occurred during the daytime hours Sunday in areas that saw the spectacle, lasting from 11:45 p.m. EDT Saturday until 5:34 a.m. EDT Sunday.

Millions from Dubai to Taiwan to Japan to India watched the solar spectacle.

The moon partially covers the sun during an annular solar eclipse as seen from the Gulf emirate of Dubai, early on June 21, 2020. (Photo by GIUSEPPE CACACE/AFP via Getty Images)

In Dubai, people could see over 85 percent of the sun covered by the moon. An overcast sky didn’t deter enthusiasts in India with the partial eclipse also visible in the New Delhi sky.

Last year, a solar eclipse cut a path across South America, plunging parts of the continent into darkness.

Many Americans fondly remember the solar eclipse of 2017, which captivated millions of people across the country.

A crow sits on roof of a house as the sun forms crescent during solar eclipse in New Delhi, India, Sunday, June 21, 2020. (AP Photo/Manish Swarup)

The coast-to-coast eclipse on Aug. 21 of that year carved a 70-mile wide path of totality from the Pacific coast to the Atlantic, with hordes of people donning solar eclipse glasses to experience the unusual event. The eclipse, which began in Oregon and ended in South Carolina, was the first to cross the continental U.S. since 1918.