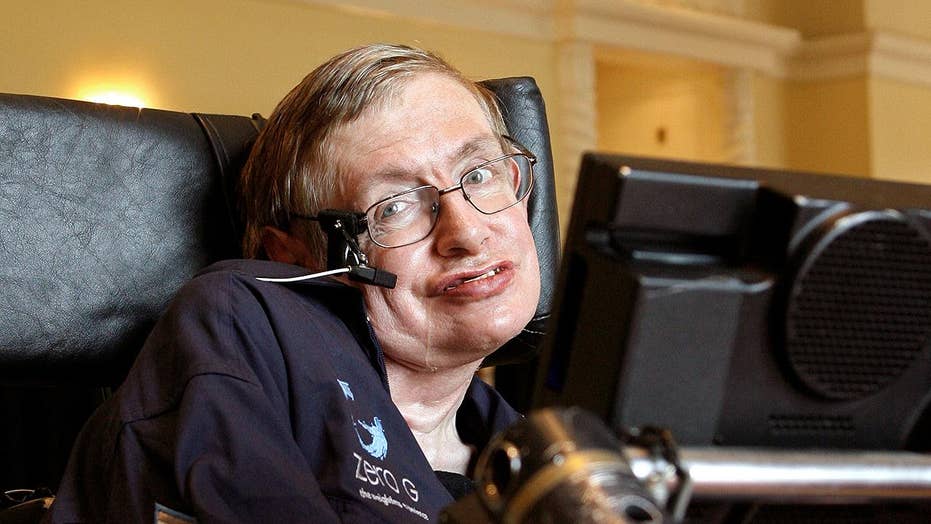 Doctors didn't think he had much time. The disease usually kills within two to five years.

But, as always, the famed theoretical physicist proved everyone wrong. Despite several health complications over the years, Hawking lived his entire adult life with the disease – over half a century – until his death at age 76 on March 14.

Hawking spent decades paralyzed in a wheelchair. In 1985, a severe attack of pneumonia left him breathing through a tube, forcing him to communicate through an electronic voice synthesizer that gave him his distinctive robotic monotone.

But that didn't stop him from making important scientific contributions, appearing on television and receiving several prestigious awards.

On average, 5,000 people are diagnosed with ALS each year.

Brian Dickie, director of research at the Motor Neurone Disease Association, estimates only 5 percent of those diagnosed with ALS survive for 10 years or longer.

"[Hawking] really is at the extreme end of the scale when it comes to survival," Dickie said.

Here's what you need to know about ALS, the incurable, deadly disease that Hawking lived with for a stunning 50-plus years.

ALS is a nervous system disease that targets nerves in the brain and spinal cord, "causing nerves in the muscle to die, thereby affecting voluntary muscle movement," the Centers for Disease Control and Prevention (CDC) reports.

Those diagnosed with the disease are often given a poor prognosis.

"The progressive degeneration of the motor neurons in ALS eventually leads to their death," The ALS Association, a nonprofit organization that raises money for research, explains on its website.

Like Hawking, most people with the disease eventually need a breathing tube, as breathing muscles weaken over time.

Symptoms in ALS patients can vary.

Typically, people start noticing issues with muscle functions, such as trouble grasping or lifting everyday objects – like a coffee cup. Unusually sore or tired legs may also be a sign. Others experience trouble speaking or swallowing.

"Early symptoms vary but can include tripping, dropping things, abnormal fatigue of the arms and/or legs, slurred speech, muscle cramps and twitches, and/or uncontrollable periods of laughing or crying," The ALS Association adds.

There currently is no cure for ALS. Scientists have been studying the disease for years, hoping to identify a specific cause or pattern.

The National ALS Registry, a congressionally mandated registry that collects data on people in the U.S. suffering from the disease, has been conducting research for about 7 years now.

"It is the only population-based registry in the U.S. that collects information to help scientists learn more about who gets ALS and its causes," the CDC explains.