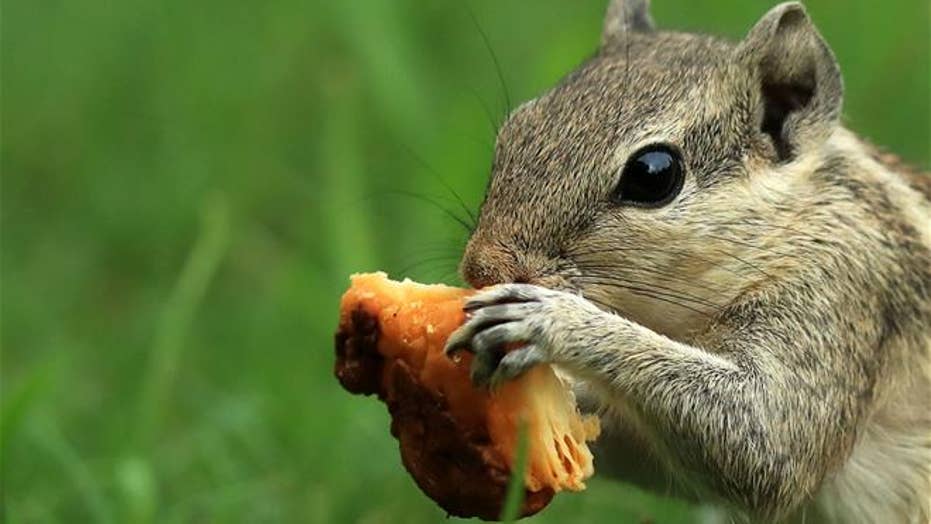 Which paw a squirrel grabs its acorn with means something.

A new study notes that squirrels have dominant sides to their bodies and are left or right-handed, just like humans.

The research looked at 30 wild gray squirrels (12 of which were able to give sufficient data) and found that those who showed a preference for a certain paw while performing experiments were not as adept in learning new tasks as those who did not show a preference.

COWS TALK TO EACH OTHER, INCLUDING ABOUT FOOD, SHOCKING NEW STUDY SAYS

"It has been suggested that being strongly lateralized makes brains more efficient, with each hemisphere focusing on different tasks," said the study's lead author, Lisa Leaver, in a statement. "This could help animals survive, which would explain the evolution of laterality across the animal kingdom."

Leaver and the other researchers from the University of Exeter in England placed nuts inside a perspex tube and looked at which ones used either their left or right paw to come up with their conclusion.

"Our study measured speed of learning among gray squirrels and, in line with these previous mammal studies, suggests that strong lateralization is linked to poor cognitive performance," Leaver added.

Further study is needed to understand the relationship between laterality and cognitive performance in mammals, Leaver added.

The research has been published in the scientific journal Learning and Behaviour.