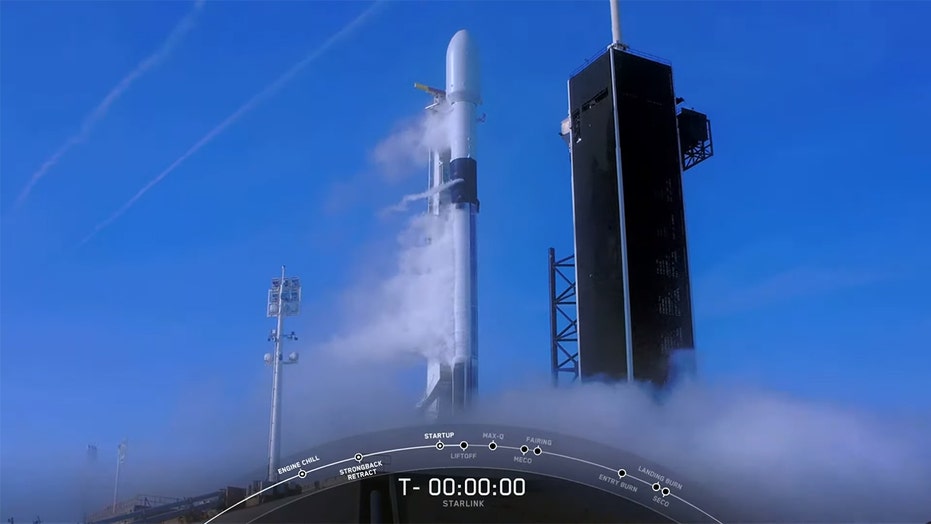 SpaceX aborted the launch of its Falcon 9 rocket Sunday morning, grounding a mission that planned to carry 60 Starlink Internet satellites into space for the company’s growing broadband mega-constellation after finding a problem with the rocket’s engine power just before liftoff.

The rocket had completed its countdown to launch from NASA's Kennedy Space Center in Florida when the team issued the order to abort liftoff.

“We had a condition regarding engine power that caused us to abort today’s launch,” supply chain supervisor Michael Andrews said. “There are a thousand ways for a launch to go wrong and only one way it could go right.”

Andrews said the vehicle “appeared in good health” and SpaceX would release details on the next launch opportunity at a later time.

The launch would have marked the sixth launch of Starlink satellites for Elon Musk’s spaceflight company, which has already deployed more than 100 satellites into space.

The launch was aborted Sunday following a problem with the Falcon 9 rocket's engine. (SpaceX)

The Starlink satellites, each weighing about 573 pounds (260 kg), will deliver “the world's most advanced broadband Internet system,” according to SpaceX.

The Falcon 9 rocket would have deployed the Starlink satellites 270 miles (440km) above Earth’s surface, where the satellites would have then used their onboard ion thrusters to climb to their operational altitude of 341 miles (550 km), the company said.

The Falcon 9 rocket being used for the mission made four previous flights into space. It would have become the first of the company’s rockets to be launched a fifth time.