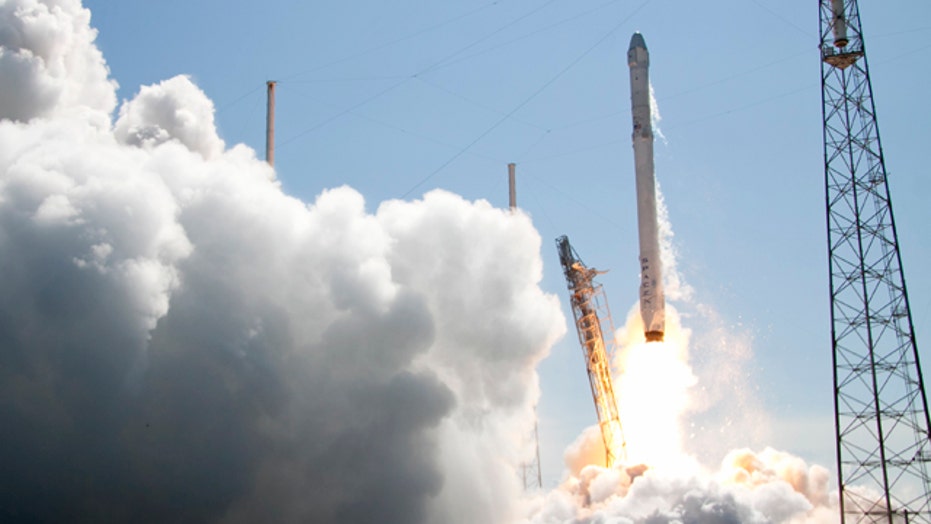 It’s “close again, but no cigar” for SpaceX in its latest ambitious attempt to land a booster rocket on a floating platform off the coast of Florida.

Musk maintains that recovering and reusing rockets is essential for bringing down launch costs and speeding up operations.

This was the company's third attempt to fly a first-stage booster to a platform floating 200 miles off Florida's east coast and land it vertically. The January effort ended in flames when the booster tumbled off the platform; February's attempt was nixed because of rough seas.

The platform, dubbed "Just Read the Instructions," had been enhanced to hold its position better. On Monday, Musk tweeted that the odds of the rocket landing successfully were less than 50%.

"What SpaceX is attempting is incredibly hard," Chris Carberry, executive director of Explore Mars, a non-profit organization which aims to advance the goal of sending humans to Mars, told FoxNews.com. "However, it appears that they almost succeeded this time."

Carberry added that if SpaceX is able to reliably land the first stage of Falcon 9, it will be a major step toward rocket reusability and cost reduction, but could also advance technologies that could be applicable to landing vehicles on planets such as Mars.