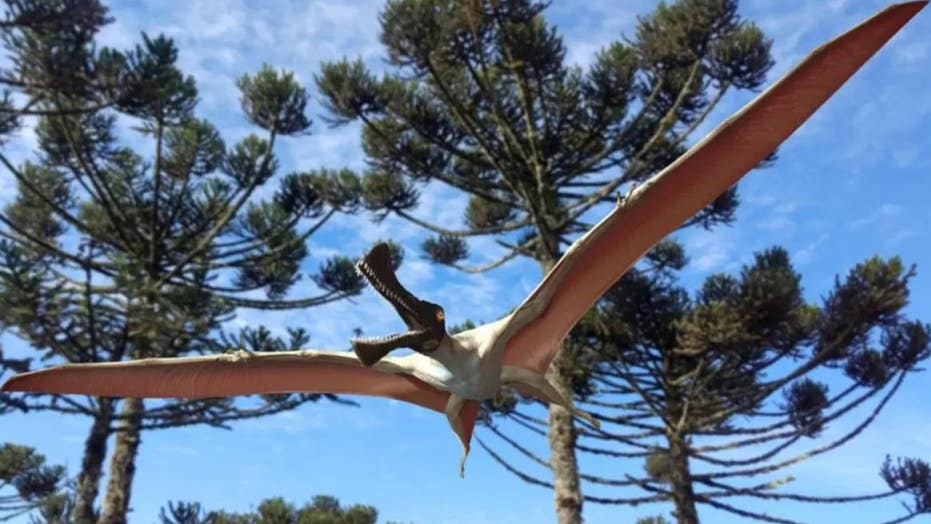 Paleontologists in Australia disovered a fossilized partial skeleton of a new pterosaur species that was able to fly across continents.

The flying reptile had a 12-foot wingspan. Its fossil was found in ironstone in a town in Queensland -- and it's the most complete peterosaur specimen found in Australia, according to the study published in the journal Scientifc reports.

The pterosaur lived about 90 million years ago, according to scientists.

It would have been a sight to see," Adele Pentland of Swinburne University, the lead author of the study, told The Guardian. "It had a wingspan of four meters, which is pretty big compared to our modern-day birds."

CHECK OUT THE ALL NEW FOXBUSINESS.COM

“It’s kind of scary when you think their heads are disproportionately large, it would have had a skull maybe 60 centimeters.”

According to scientists, the fossil had certain unique "dental characteristics" that identified it as a distinct species.

It's one of the last surviving members of the Anhanguera group.