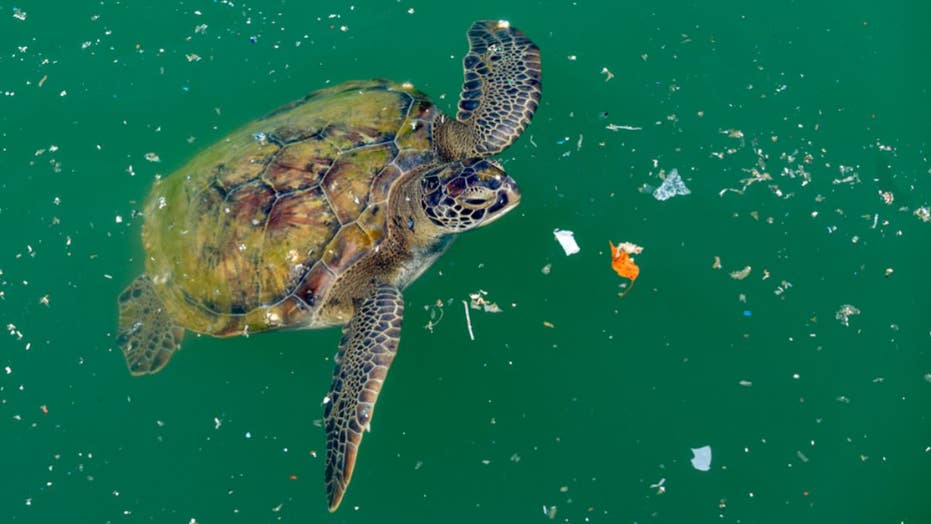 A range of different marine creatures interact with the vast amount of plastic waste that ends up in the oceans -- sometimes even eating it.

According to researchers, a chemical emitted by plastic that's been sitting in the ocean is also produced by phytoplankton -- a food source for marine animals.

A group of 15 captive loggerhead turtles in tanks were exposed to a bunch of different scents, including the scent of water, of food like shrimp and of new and ocean-soaked plastic, according to the study published Monday in Current Biology.

RUNNER 'JOGS ABOVE THE CLOUDS' IN STUNNING VIDEO, PHOTO

Turtles mostly ignored the scent of water and clean plastic.

However, when the scientists puffed air containing scents of either food or ocean-stewed plastic, the reptiles increased their sniffing above water — which is a standard foraging behavior.

"We found that loggerhead sea turtles respond to odors from biofouled plastics in the same way they respond to food odorants, suggesting that turtles may be attracted to plastic debris not only by the way it looks, but by the way it smells," said Joseph Pfaller of the University of Florida, Gainesville, in a statement. "This 'olfactory trap' might help explain why sea turtles ingest and become entangled in plastic so frequently."

"These are important and troubling pieces to the puzzle, and all plastics pose dangers to turtles," he added.