New research released after years of being kept under wraps captures a fossilized snapshot of the day nearly 66 million years ago when an asteroid smacked Earth.

Drilling into the seafloor off Mexico, scientists have extracted a unique geologic record of the single worst day in the history of life on Earth, when a city-sized asteroid smashed into the planet 65 million years ago, wiping out the dinosaurs and three-quarters of all other life.

Their analysis of these new rock samples from the Chicxulub crater, made public Monday, reveals a parfait of debris deposited in layers almost minute-by-minute at the heart of the impact during the first day of a global catastrophe. It records traces of the explosive melting, massive earthquakes, tsunamis, landslides and wildfires as the immense asteroid blasted a hole 100 miles wide and 12 miles deep, the scientists said. 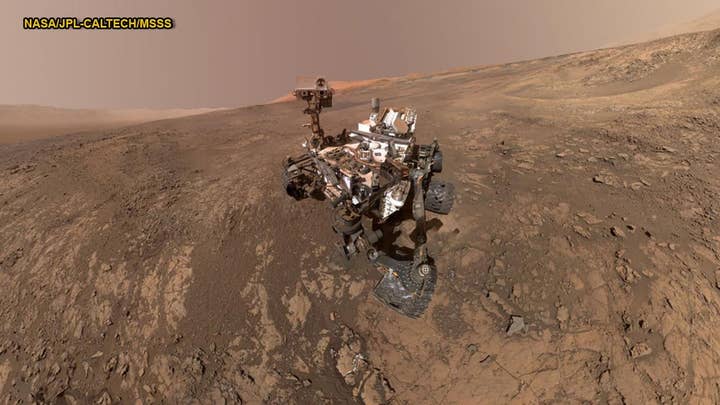 The sediments also offer chemical evidence that the cataclysm blew hundreds of billions of tons of sulfur from pulverized ocean rock into the atmosphere, triggering a global winter in which temperatures world-wide dropped by as much as 30 degrees Fahrenheit for decades, the scientists said.

“It tells us what went on inside the crater on that day of doom that killed the dinosaurs,” said Jay Melosh, a geophysicist at Purdue University who studies impact craters and wasn’t a member of the drilling team. “All of this mayhem is directly recorded in the core.”

The scientists in the drilling consortium, led by geophysicist Sean Gulick at the University of Texas in Austin, who was co-chief of the $10 million project, published their research in the Proceedings of the National Academy of Sciences. The project was sponsored by the International Ocean Discovery Program and the International Continental Scientific Drilling Program.

The scientists worked aboard a drilling ship called Lifeboat Myrtle anchored offshore from the Mexican port of Progreso. In 2016, they drilled into the crater’s inner rim for the first time, buried in the seafloor under about 1,500 feet of limestone deposited in the millions of years since the impact.

Geologists study rocks as a record of compressed time, with ticks of the geologic clock typically measured in layers that accumulate over thousands of years. In the Chicxulub crater, though, hundreds of feet of sediments built up rapidly, recording impact effects like a high-speed stop-action camera, the scientists said.

“Here we have 130 meters in a single day,” said Dr. Gulick. “We can read it on the scale of minutes and hours, which is amazing.”

The asteroid blasted a cavity between 25 and 30 miles deep in the first seconds of impact, creating a boiling cauldron of molten rocks and super-heated steam, according to the scientists’ interpretation of the rock. Rebounding from the hammer blow, a plume of molten rock splashed up into a peak higher than Mount Everest.

Within minutes, it collapsed into itself, splashing gigantic waves of lava outward that solidified into a ring of high peaks, the scientists said.

About 20 minutes or so later, sea water surged back over the newly formed peaks, covering them in a blanket of impact rocks, the scientists said. As minutes became hours, waves choked with shards of volcanic glass and splintered rock rippled back and forth, coating the peaks in a layer of impact rock called suevite, the scientists said. As the hours passed, the backwash of waves added more and more finely graded debris.

At the very top of the rock core, the scientists detected traces of organic matter and charcoal. “We think the reflected tsunami brought back these traces of land and these tiny, tiny charcoal fragments,” said Dr. Gulick. “The land was clearly on fire.”

Earth normally speeds through a cosmic rain of debris. In 2013, a relatively small meteor about 30 meters in diameter and weighing about 13,000 metric tons exploded in the air over Russia, damaging about 7,200 buildings and injuring about 1,400 people.

Inspired by the discovery of the Chicxulub crater in the 1970s, astronomers and NASA now routinely map the orbits of nearby asteroids and meteor swarms for signs of potentially lethal collisions. The space agency is planning a mission in 2021 to a nearby asteroid called Didymos to test ways to safely deflect a dangerous comet or asteroid before it strikes.