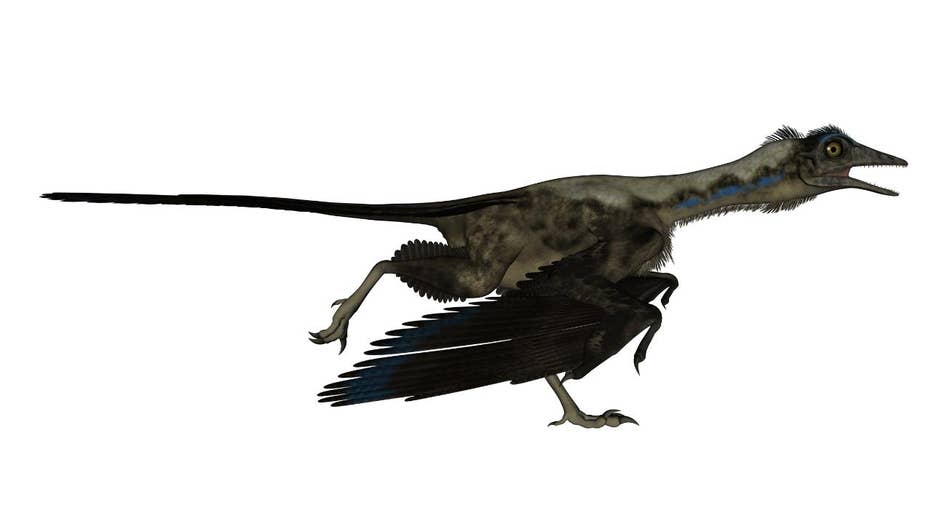 This Jurassic-era dinosaur could probably fly

The question as to whether the Jurassic-era Archaeopteryx was able to fly has long baffled paleontologists. Now, new research may have unveiled the answer.

Life will find a way, as Jeff Goldblum's character puts it in Jurassic Park.

Researchers at the University of Kent in the U.K. say they’ve discovered the genetic secret of how dinosaurs came to dominate Earth for 180 million years.

The team of scientists used mathematical techniques to identify possible genetic characteristics of the first dinosaurs. They worked backwards from birds and turtles, which are the closest modern-day relatives of dinosaurs.

The results of their work, published in Nature Communications in May, suggest that birds today have very similar DNA to ancient dinosaurs.

Dinosaur DNA was likely organized into chunks known as chromosomes, researchers found. They believe that the creatures' larger number of chromosomes could explain why they came in so many shapes and sizes.

WEST VIRGINIA MAN ARRESTED AFTER 17 RATTLESNAKES FOUND IN HIS HOME

“We think it generates variation. Having a lot of chromosomes enables dinosaurs to shuffle their genes around much more than other types of animals. This shuffling means that dinosaurs can evolve more quickly and so help them survive so long as the planet changed,” Professor Darren Griffin told the BBC.

Although this sounds like a potential seed for a Jurassic Park-style theme park, researchers disagree.

“We are not going to have Jurassic Park anytime soon,” Griffin told the BBC, adding that simply putting dinosaur DNA into a distant relative’s egg would not produce a dinosaur.

According to CNET, researchers speculated that the way in which DNA was organized might have “provided a blueprint for evolutionary success” because it is able to generate variation and thus facilitate natural selection—which keeps animals alive. It may also be why we see so much variation in modern-day birds.

However, there was one life-altering challenge the dinosaurs could not overcome—the massive asteroid impact 66 million years ago that wiped out all of them.